Joanne Stewart is here today with a fabulous announcement! And I'm here to tell everyone they need to read this book! I have and Her Knight in Black Leather is one of my all-time faves!! Here's your chance! Don't miss it!

Her Knight in Black Leather is today’s Kindle Daily Deal! That means for TODAY ONLY it’s only 99 cents on Amazon!

For fun, because it’s also the one year anniversary of the book, I’m sharing a never before seen excerpt. During the submission process, I submitted the book to Harlequin Desire, who requested revisions (obviously, they rejected). So, the snippet below is part of the original plotline, before I made the changes the editor requested. 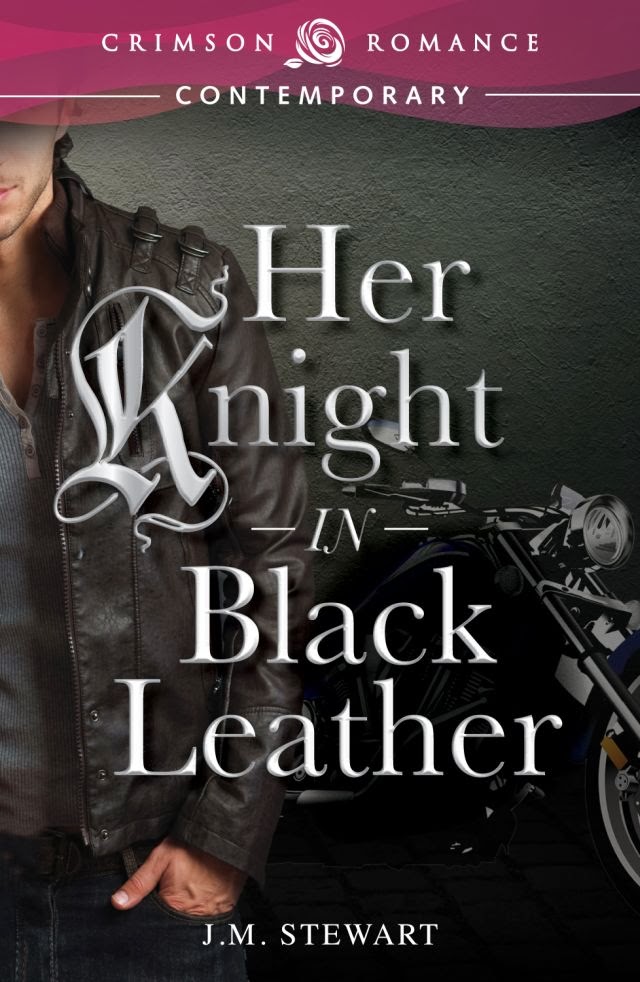 Cat Edwards has spent her life playing the wallflower in an effort to escape the repressive weight of her mother’s tarnished name. Dragged to a bar by her best friend in an effort to forget a broken heart, the shy bookworm is determined to be someone else for the night, but quickly gets in over her head. She discovers chivalry isn’t dead after all when a mysterious stranger comes to her rescue. He’s wearing black leather and a mischievous smile that promises to be exactly what she needs.
When his terminally ill father suffers a setback, Michael Brant returns to the town he swore ten years ago he’d never return to. He’s come back this time determined to make peace with the past, but being home brings up memories he doesn’t want to remember anymore. His first night in town, he’s captured by a damsel in distress. Cat’s beauty is made all the more alluring when he realizes she has no idea who he is. He can’t resist spending a single night in her arms. With her, he’s only a man, disconnected from his family’s name and the past that haunts him here.
As the town erupts with the news of his return, Michael’s dark past comes back to haunt him, putting Cat in danger. Someone is threatening her life and the life of her family. Desperate to keep history from repeating itself, Michael offers her his family’s name in order to keep her safe. When the lie spirals beyond their control, can they stop their hearts from becoming entangled as well?


Twenty minutes later, Michael stared at the gold numbers adorning Cat’s apartment door. Taking a deep breath, he knocked then shoved his hands into his jacket pockets. Anxiety twisted in his stomach as he waited. He had no idea what the hell to say to her. He only knew he had to try.
A minute later, the door opened. A small blonde appeared, wearing a pair of cut-off jeans and a halter top a size too small. Cat’s roommate, Lisa. He remembered her from the first night he met Cat at the bar. Cat pointed her out on the dance floor, but they’d never met. He’d known Cat a month now and never managed to meet her roommate. Somehow that felt wrong.
He opened his mouth, to voice the question seated on his tongue, the entire reason he’d come over, but Lisa shook her head. “She doesn’t want to see you. I’ve got strict orders not to let you in. I’m sorry. She said she thinks it’s better this way."
She wouldn’t see him. He blew out a heavy breath.
Lisa wordlessly turned from the door, padded across the room and plucked a small box off the kitchen table then rejoined him and held it out to him. “She also said to give you this.”
The engagement ring.
He could only stare at her outstretched hand. He should’ve expected it but somehow its significance still managed to hit like a punch to the gut. Over the last month, he’d felt closer to Cat than any woman he’d ever known. Now he might as well be in L.A. for as far apart as they felt. He’d hurt her and he hated himself for it. The question was, would she forgive him for being a complete fool? Some small part of him hoped she would.
Lisa stared at him, her gaze hardening. “She loves you, you know.”
Hope swelled to life in his chest. “Did she say that?”
Lisa shook her head. “No, but she doesn’t have to. She wasn’t this miserable when she found out about Nick. You’re leaving and it’s breaking her heart. It’s why she gave the ring back. She doesn’t want any reminders of you when you’re gone.”
She folded her arms across her chest, her brow furrowing.
“Just because she won't leave her dad and fly halfway around the world with you, doesn't mean her heart doesn't feel it. Men. You're so damn blind sometimes. She's doing this because she loves her father, because she has more reason to trust him right now than you.”
Michael sighed. He wasn’t surprised by Lisa’s reaction. “Look, God knows I’m doing this all wrong. When I asked her to go with me and she refused, I was prepared to leave it at that. I thought maybe it was for the best. The last thing I wanted was for her to have to leave her home.”
“You could have stayed, you know.”
Michael looked at his feet for a moment, the truth swirling like acid in his gut. “Haven’t you ever been afraid of anything?”
“You’re afraid of her?”
Michael drew a deep breath and looked up. “What I feel for her scares the hell out of me.”
Lisa arched a disbelieving brow. “So, why are you here?”
“Because the thought of leaving her makes my gut ache. I have something I need to tell her. It might not get me anywhere, but I have to say it. I’d rather not do it over the phone or through the door.”
Lisa’s features relaxed a fraction, but the distrust didn’t disappear from her eyes. “What is it you have to tell her?”
Michael shook his head. “That’s for her and her alone. I’d rather say it to her face.”
Lisa dropped her arms to her sides, her stiff posture relaxing. One corner of her mouth twitched with her effort to hold back a smile, but amusement brightened her eyes, giving her away. “You’re in love with her.”
Michael smiled. He hadn’t intended to tell anyone but Cat. She ought to be the first to hear the news. That Lisa figured it out had a knot in his chest unraveling. “Very much. I’m not sure I know how to live without her. At this point, I don’t expect her to want to see me. I might as well have told her she wasn’t worth staying for. So, whether or not she even wants to see me has to be her decision. If she does, tell her I’ll be at the bar until nine. Will you tell her?”
Lisa finally allowed the smile to take over her face. “Tell her yourself, cowboy. She’s at the bookshop.”
Michael playfully rolled his eyes. “You couldn’t have told me that from the beginning?” 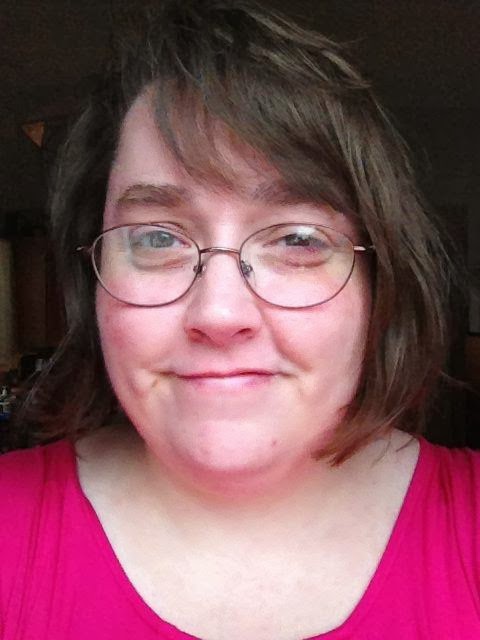 JM writes sweet and heartwarming contemporary romance with a touch of passion. She’s a wife, a mother, a spiritualist, and lover of puppies, and happily addicted to coffee and chocolate. She lives in the Great Rainy Northwest with her husband of sixteen years and their two sons. She’s a hopeless romantic who believe everybody should have their happily-ever-after and has been devouring romance novels for as long as she can remember. Writing them has become her passion.


Buy links elsewhere (my apologies. I don’t mean to exclude anybody, but Kindle Daily Deal is an Amazon exclusive sale and I have no control over pricing):

Barnes and Noble
iTunes
Kobo
All Romance ebooks
Crimson Romance
Posted by AJ Nuest at 11:12 AM

Thanks so much for hosting me today, AJ!

Thanks for the review.