I'm thrilled to announce the start of the Kindle Free Days for Purgatory by Denise Moncrief! Free on Kindle from Feb 4th through Feb 8th  - Purgatory - Book Two of the Colorado Series – The follow up to An Impostor in Town!

Five years ago, a tragic accident robbed Chris Smith of a normal life. Left with only a jagged scar, a set of wedding rings, and bits of memory—smells, sounds, and fleeting feelings—she copes with the loss of her identity. Amnesia has made her life a living purgatory…until she meets Steve West.

Steve’s construction company is remodeling the ski lifts in Purgatory, Colorado. However looking at Chris is seeing the face of his deceased wife. Now the truths he’d been forced to believe have him searching for answers.

A swoosh of wind burst through the front door as a man entered the building. Dragging her attention away from the magazine, she turned to greet him. He hesitated for a fraction of a second as if to get his bearings before trudging through the lobby toward her. As soon as their eyes met, her words of welcome froze on her tongue and the pain began—flashes of light across her vision—tightness in her throat—intense, piercing sensations in her head. Panic and the desire to run soon followed.

She massaged her forehead, trying to rub away the stabbing pain that throbbed between her eyes, and then returned her attention to the man in front of her, pulling the computer keyboard toward her, determined to do her job despite the sudden fear gripping her insides.

She attempted her most professional tone. “Good morning. Welcome to the Inn at Purgatory. How can I help you?”

She glanced up at him. To her dismay, he presented all the indications of a panic attack. She recognized the signs well. His forehead glistened with tiny beads of sweat. The vein in his neck pulsed. Anxiety flashed in his eyes as he struggled with each new breath he took.

“Mister, are you all right?”

He braced against the counter and rubbed a hand over his face. “Yeah. It’s just…you look like someone I used to know.”

Chills ran down her spine. He wasn’t creepy, not in the least. On the contrary, she sensed an unmistakable connection to this stranger. She recoiled from the feeling, but nothing could have pried her eyes from his for a few brief, intense moments. 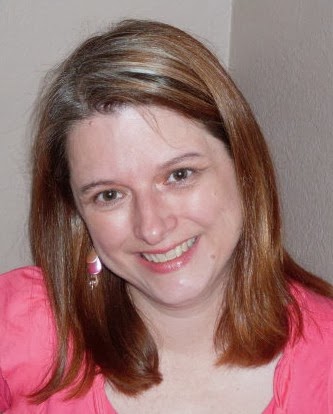 Denise Moncrief is a Southern girl, who’s lived in Louisiana all her life. And yes, she has a drawl. She's been writing off and on since she was seventeen. She has a wonderful husband and two incredible children. They not only endure her writing moods, but also encourage her to indulge her passion.

Her first “novel” was seventeen handwritten pages on school-ruled paper and an obvious rip-off of the last romance novel she read. The urge to write wouldn't let go of her. In her twenties, she started another novel, only to abandon it after Chapter Four or Five. She started writing seriously about eight years ago and has already published several stories.

Find Denise on the web at:

AJ, thank you so much for hosting me on your blog during Free Days for Purgatory! You are the bestest!