That's My Story and I'm Sticking To It!

I'm so, so, SO lucky to welcome Mary Campisi to Tattered cages, who shares with us a beautiful post about writing what is in our hearts. I couldn't agree more! PLUS, one lucky commentor will win an e-book copy of The Way They Were! Take it away, Mary!!


For years, when someone asked me what I wrote, I fidgeted, cleared my throat, and forced out the words, “I write romance and women’s fiction.” You can imagine the comments, the raised eyebrows, the little smirks that made me want to say, “No, wait! I write stories like Joyce Carol Oates…and Margaret Atwood.” That certainly would have squelched the look. Problem was, that’s not what I wrote. More importantly, that’s not what I wanted to write. If you are going to write a book, you had better darn well want to hang around with those people and their problems for three or four hundred pages…and in simple terms that can be anywhere from several months to years.

So, why did I fidget and want to hide my true passion? That silly need for acceptance, I’m sure. Everyone wants to be thought of as brilliant and cutting edge. While I do enjoy reading Joyce and Margaret, I don’t want to actually have to write what they do. That’s quite a lot of pretending to be someone I’m not. You see where this is going, don’t you? I would love heartfelt praise and page after page of great reviews, but I’ve got to write what’s in my heart—what I’m most passionate about. For too long, I worried about what the outside world said—editors, agents, the writing world—and I didn’t listen to myself. Then after one particularly stressful day of aimless wandering, I said, “Enough!” It came shortly after taking Barbara Samuel’s writing class where she told me I might be doing myself a disservice by looking too much at the outside world for both validation and direction. By tapping into my passions, (gardens, food, dogs), I would find the most success. Such a wise woman! I began to explore self-publishing opportunities and oddly or maybe not, months later, the book that has garnered the most attention and success in the self-pub arena, is the contemporary romance/women’s fiction one that challenged me the most….A FAMILY AFFAIR.
I write romance and women’s fiction about second chances and that one true, seeped in near insurmountable circumstances. There is almost always a morally ambiguous situation. I’ll clarify that:
In A Family Affair, the mistress is more likeable than the real mother. (Real families aren’t always the ones you know about…)
In The Way They Were, the heroine married one man but never stopped loving another as evidenced in the once a year letter she writes him, (which she’ll never send.) (Tragedy tore them apart, now destiny may bring them back together.)
In Pieces of You, a mother’s disappearance isn’t really a disappearance at all but a planned abandonment that leaves a son scarred for future relationships. (Sometimes hiding in the shadows is the only way to protect your heart.)
And my soon to be released, Pulling Home—The heroine loves one brother but marries another. (She’ll risk anything to save her child…even the truth.)
And lest you think these are fly-by-night ideas, most of them live in my head for years before they spill onto the page. A Family Affair (5 years), The Way They Were (3 years), Pieces of You (3 years) Pulling Home (10 years). Sometimes, the story isn’t ready or I’m not ready to tell it the way it needs to be told. Pulling Home morphed and changed several times until finally, finally, I got it the way I wanted it!!
Thanks for stopping by and a most heartfelt thank you to AJ for opening her cyber home to me!
Happy Holidays!
Mary
Here's a sneak peek inside The Way They Were!

He hasn’t spoken her name in fourteen years. She keeps a journal hidden in the back of her closet and permits herself to write about him once a year—on the anniversary of the first and only time they made love. They promised to love one another forever, but tragedy tore them apart. Now, destiny may just bring them back together.
At eighteen, Rourke Flannigan and Kate Redmond thought they’d spend the rest of their lives together—until a family tragedy tore them apart. Fourteen years have passed and they’ve both carved out separate lives hundreds of miles apart—hers as a wife and mother, his as a successful, driven businessman. But once a year, on the anniversary of her daughter’s birth, Kate pulls out a red velvet journal and writes a letter, which she’ll never send, to the man who still owns her heart. Once a year, on the anniversary of the first and only time they made love, Rourke permits himself to read the annual investigative report detailing an ordinary day in Kate’s life.
When a subcontractor at one of Rourke’s holding companies is killed, Rourke decides to pay the widow a visit and offer condolences, never dreaming the widow will be Kate. As they embark on a cautious journey of rediscovery, one far greater than they could have imagined, secrets and lies threaten to destroy their newfound closeness—forever. 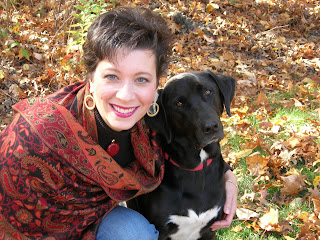 Mary Campisi should have known she’d become a writer when at age thirteen she began changing the ending to all the books she read.  It took several years and a number of jobs, including registered nurse, receptionist in a swanky hair salon, accounts payable clerk, and practice manager in an OB/GYN office, for her to rediscover writing.  Enter a mouse-less computer, a floppy disk, and a dream large enough to fill a zip drive. The rest of the story lives on in every book she writes.
When she’s not working on her craft or following the lives of five young adult children, Mary’s digging in the dirt with her flowers and herbs, cooking, reading, walking her rescue lab mix, Cooper, or on the perfect day, riding off into the sunset with her very own ‘hero’ husband on his Electra Glide Classic aka Harley.
Find Mary on the web at:
website   www.marycampisi.com
blog   http://marycampisi.blogspot.com/
twitter    https://twitter.com/#!/MaryCampisi
facebook   http://www.facebook.com/marycampisibooks
Posted by AJ Nuest at 5:56 PM

That's a lovely post, Mary. Thanks AJ for sharing it today. I've been one of those almost closet readers of romances in the past and now, as a writer, I'm pushing myself to get on with what I'm doing and making no excuses about liking the genre!

Hi Mary and AJ...great interview! Your words are wisdom are inspiring. Glad to know that I'm not alone and you've experienced some of what I have :)

Love the premises of your stories and your daring to be different. The excerpt was wonderful and all your books sound like great reads.

Hi Guys! Mary is having a difficult time returning comments -- I think Blogger is having a grumpy day. She's trying to get in, but so far nada. Thanks to both Nancy and Christine for stopping by with comments! I just love the premise behind Mary's stories, as well, and agree whole-heartedly with writing what is most prevelant in the heart. Have a great day!

thank-you. Thank-You. THANK-YOU!!! I, too, used to write what I thought other peopole would expect from me. They were boring sweet romances. Meanwhile I was reading spicy to melt-your-panties romance. My hubs said why not write what you read. Maybe you'd be happier. And I am. I still get strange looks when I tell what I write, but more and more, I just don't care. I have to write my passion. Great blog! Oh, did I say "Thanks?"

Hi AJ and thanks so much for inviting me today. Your blog site is beautiful. I love the quote from Marianne Williamson. I read her years ago and now am prompted to pick her up again. She writes with such honesty and truly empowers others.

Hi Nancy - I'm so glad to hear you are pushing past the uncomfortable zone and writing what you really want to write. An old agent of mine once told me that 'Just because a person could drive a milk truck doesn't mean that's what he's supposed to do.' I am sure my oldest brother would more readily embrace my writing if it were something other than romance as would those who smirk and arch an eyebrow, but then what? I'm not writing true, I'm not even enjoying what I write. And in the end, it's about what's inside of me, what I am most passionate about. Getting those words down is where the true bliss is...and that's what I'm perpetually after...

Best wishes with your writing and Happy Holidays to you!

Aha! Persistence has finally paid off and I was able to post a comment. I did it in a convoluted manner - signed up to follow AJ's blog and I was in! I even went to the help section where they talked about 'cookie' but if they're not made with sugar and flour, I have no idea what they're talking about:)

Christine - thanks for posting. Push through the doubt, the uncertainty and second-guessing, and trample the darn internal editor on your shoulder. Just breathe, let your heart open, and the words flow.

Vonnie- Oh, Lord- 'melt-your-panties' romance?! I love it!! That's even better than the word 'horn dog' which one of my past editors called my hero before I tamed him down a bit. I laughed out loud when I read that. Okay, maybe she had a point, but he was pretty darn sexy...

If you have any questions, ask quick before this darn blogger shuts down on me!!

I'm laughing, Vonnie! Just yesterday I went to pick up my 8 yo daughter from "dance club" and ran into one of the other moms I hadn't seen in a while. We started chatting about re-entering the workforce now that our kids are older, and when I mentioned I was a content editor for "romance", she narrowed her eyes and said, "Ooooo...that sounds like the best job in the world!" I laughed. It really is.

Great post, Mary. And you are so right. We have to write what feels right to us because we're the ones who has to live with our choices.

Now pick me! I HAVE to read this book! cmselfridge@gmail.com

Thanks for stopping by - I love to hear/read about women empowering themselves and doing what they believe in. Right now I'm editing a piece and have about 60 pages left to read. I've fallen in love with the hero all over again...if I had to pick a favorite hero of mine, I am not sure I could but Rourke in The Way They Were is one of my very favorites...

Lovely excerpt, Mary. Gotta read this one. Like many romance authors, I've experienced that moment when I hesitated to admit what I write, but like so many things that changed after I reached 40, and changed even more after 50, I no longer do that. Now I write what I want, and announce it proudly, and figure, screw em if they have an issue.

Hi Mackenzie! Oh, yes, I hear you! I once listened to a a tape that said the first half of our life is spent doing what we ought to do and the second half is spent doing what we want to do. It was an epiphany for me - I was 37 at the time and that's when I decided I was going to follow my dream and write. So many women tell me they'd like to change careers/do something different, etc but they don't want to give up the comfort/the money/the prestige...yup, these changes are not for the faint of heart!

Good luck to you and thanks for the post!