I'm thrilled to announce Rowena's Key,
Book I in The Golden Key Chronicles is FREE!!
AmazonUS and AmazonUK
Over 40 FIVE STAR reviews combined
for this time travel, fantasy romance! 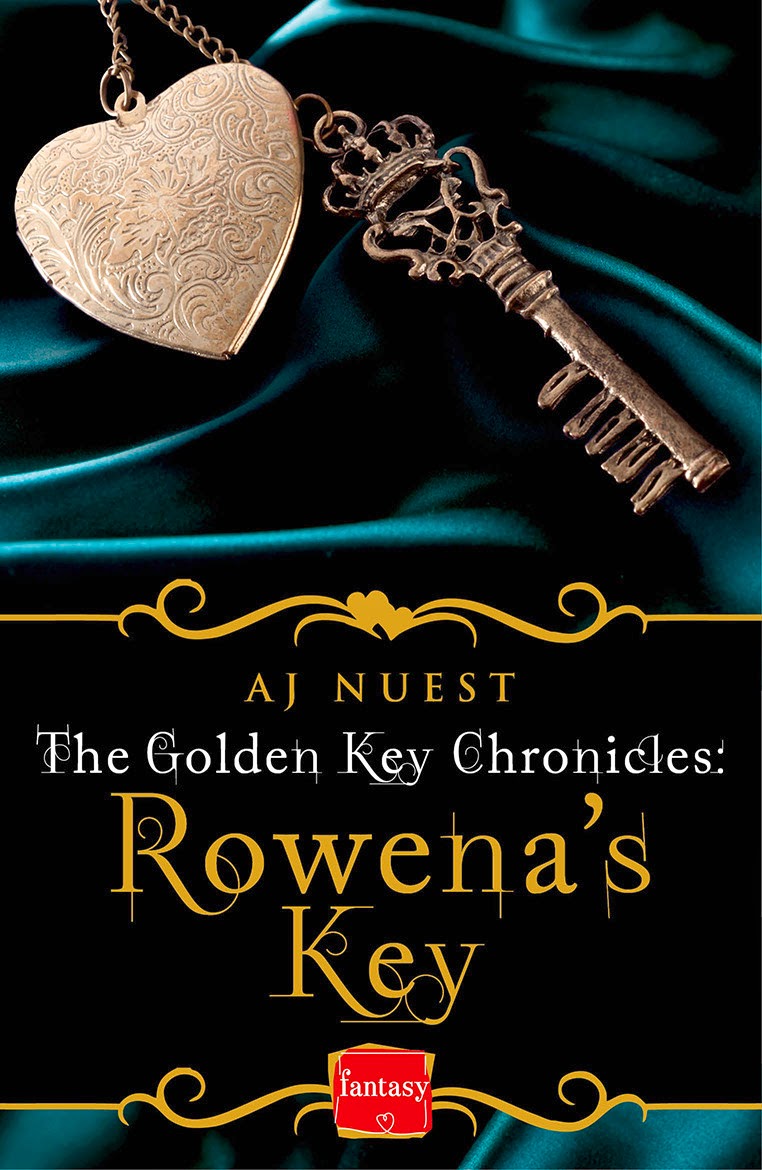 
Antiques restorer, Rowena Lindstrom, finds herself the owner of an ancestral armoire containing a hidden key and a magic mirror leading to another realm. But the handsome warrior prince waiting on the other side is truly the final straw. This must be an elaborate joke, right?
As she struggles to discover the truth, Rowena learns Prince Caedmon Austiere needs the key to save his kingdom. In the end, she cannot deny him anything. Including her heart.

WHAT REVIEWERS ARE SAYING...

5 Stars:  Sublime!
Not only is there mysterious past lives and intrigue, but humor, Edwardian elegance and good old bawdy luscious lust!


5 Stars:  Phenomenal
The descriptions in this novella are absolutely priceless, the detail exquisite. Nuest has the perfect mix of eloquence, subtlety, and brashness with this tale. And what a perfect cliff-hanger of an ending… It is one of those fantasies that every woman would love to live and that every man would love to be part of.


5 Stars: A Charming Adult Fairy Tale
The imagery is so vivid it felt like I was sitting in front of a screen streaming real-time video. I love how the author cleverly crafted some straight up satirical irony within the plot.


5 Stars: Fabulous Awesome Read!
AJ, why do you have to write the most wonderful heroes? Aaaahhhh!!! Now I'm hooked and begrudgingly wait for Book 2. I can't believe this is happening! P.S. Ollie's godlike costume had me laughing out loud!

5 Stars: An Enchanting Fairytale...for big girls
Like the best fairy tales, Rowena’s Key captures the imagination and the heart with a bonus undercurrent of spicy romance. I thoroughly enjoyed this magical tale of threatened kingdoms, an unexpected heroine with the courage to follow her heart and the sexy hero sworn to protect her. This was such a fun read. I can’t wait for book two.

CONTINUING $0.99 SALE ON THE REMAINING THREE BOOKS IN THE SERIES! 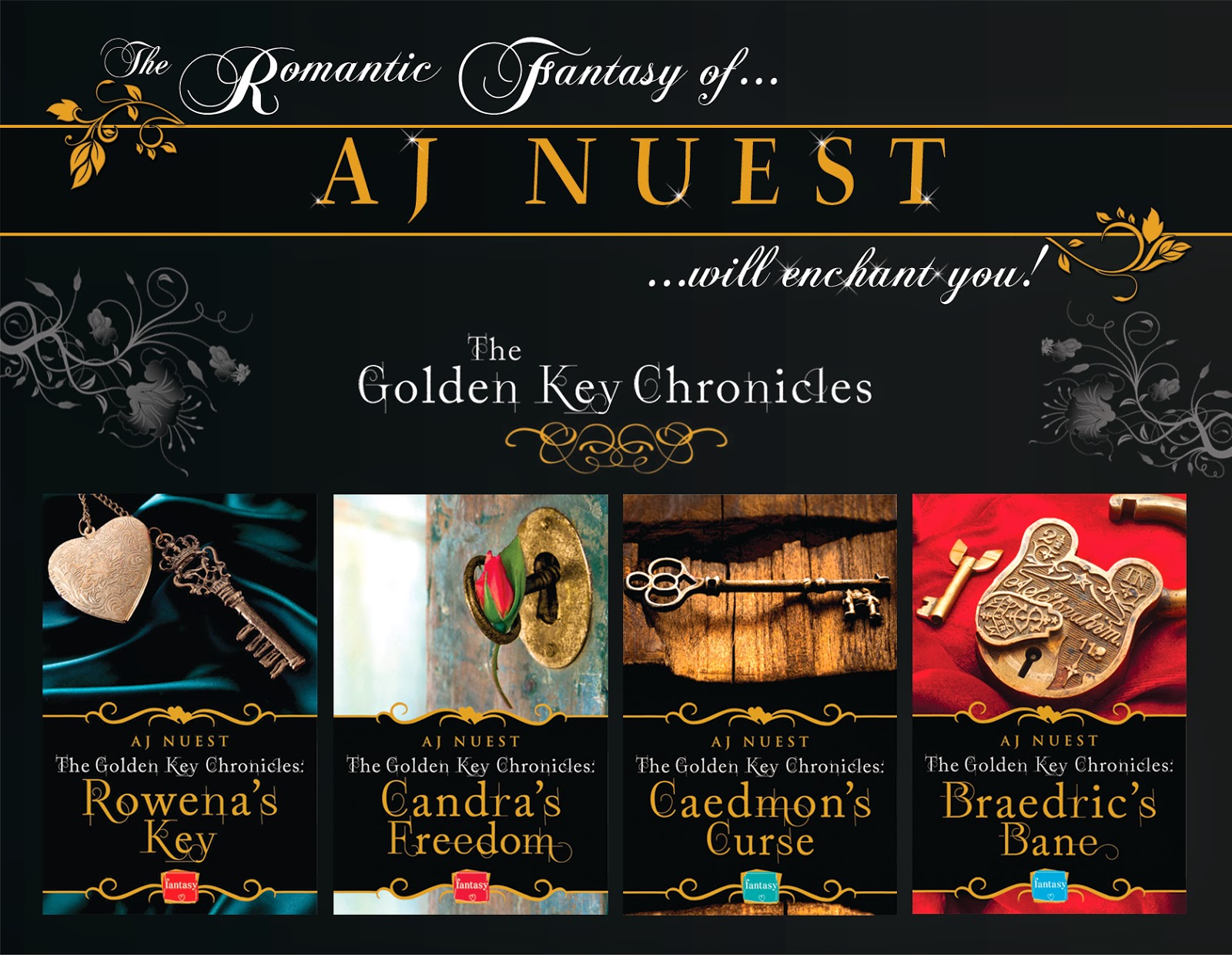 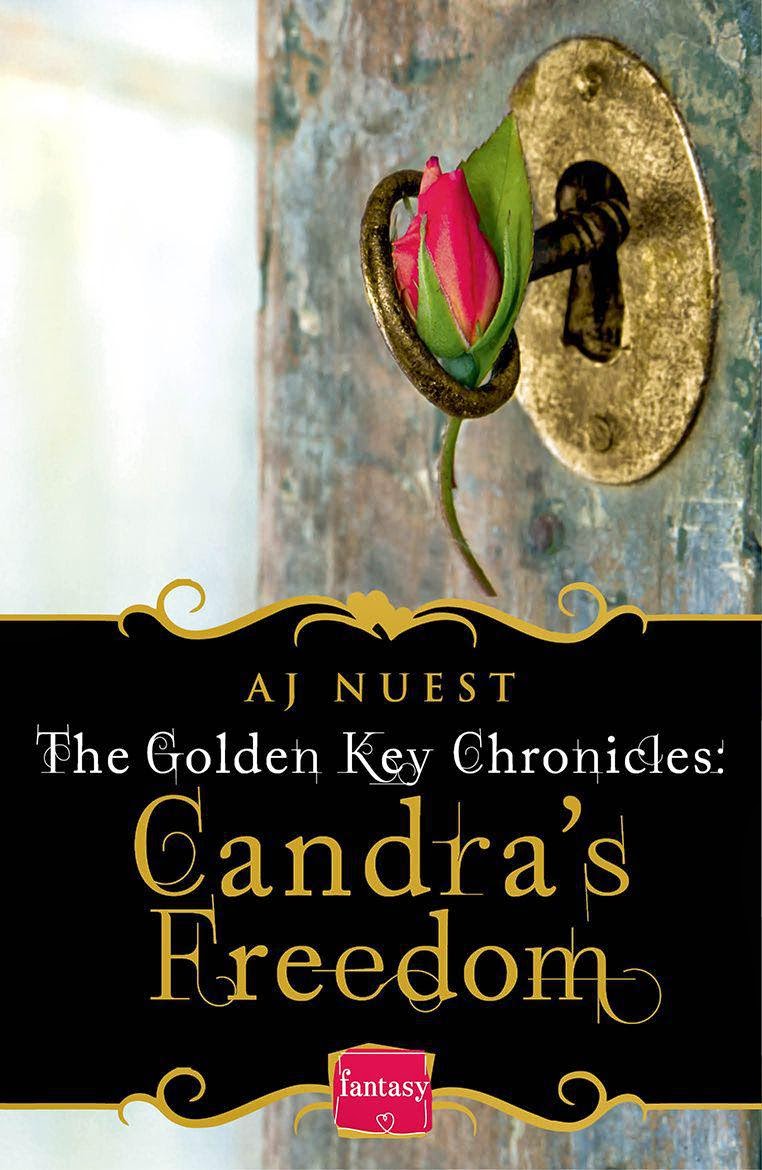 Lost in a world she doesn't recognize, Rowena struggles to find her place.

Yet her abilities with a blade and the loyalty of a fierce falcon don't discourage the heated advances of the handsome Prince Caedmon, and the connection between them seems much deeper than her troubled heart can recall. 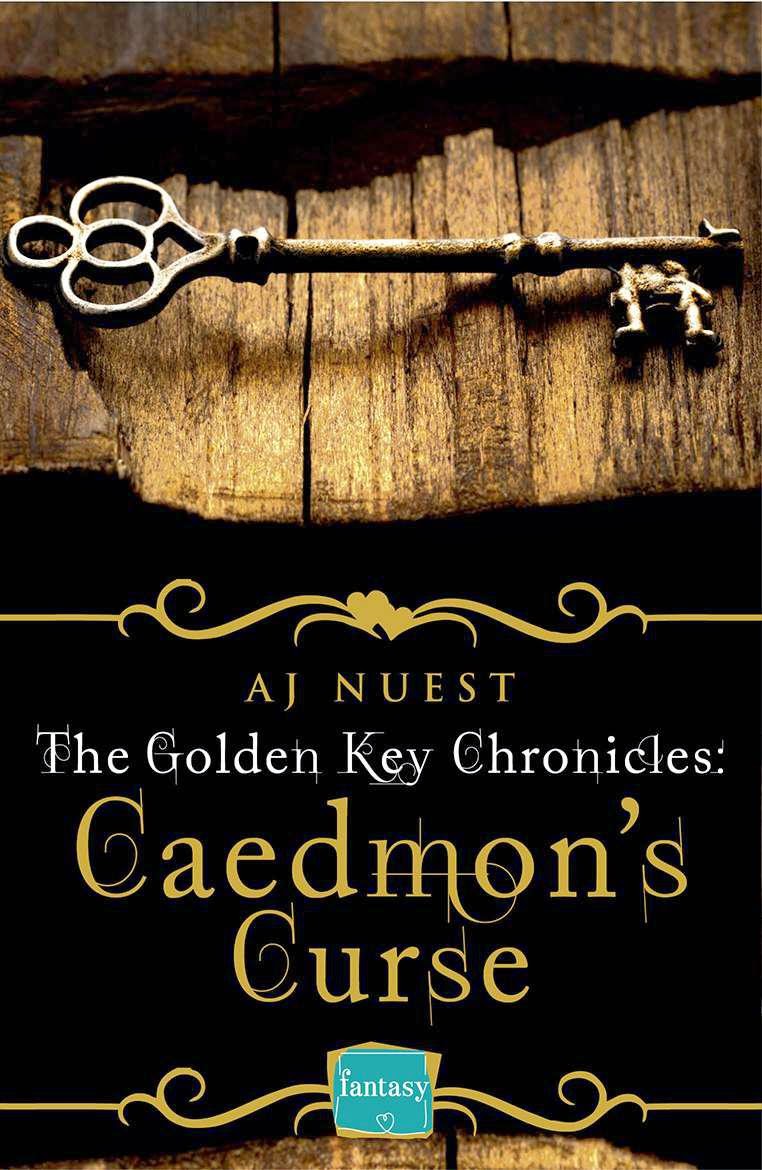 Torn between telling her the truth and risking their future, he agrees to join her perilous quest. But their enemies to the north are not the only menace determined to see them fail and, to prove his love, he must conquer the demons of his past.

Join Caedmon and Rowena as they rediscover a love bound by fate, and struggle to unravel the significance behind Caedmon’s Curse, Book III in The Golden Key Chronicles.
AMAZON / AMAZON UK 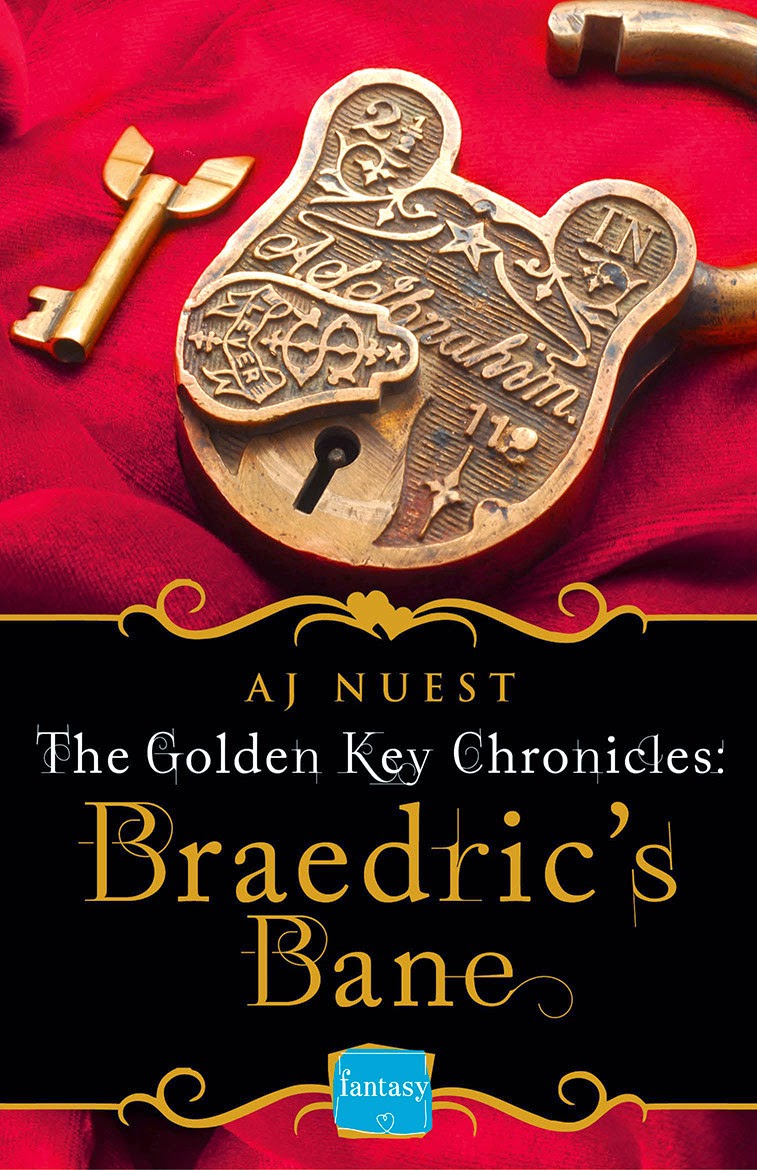 The conclusion to the breathtaking new Fantasy Romance series from AJ Nuest!


AMAZON / AMAZON UK
LOOKING FOR MORE READS BY AJ NUEST?
SIGN UP FOR MY NEWSLETTER AND RECEIVE A FREE CHRISTMAS SHORT...
Third Time's the Charm!
***CLICK THE SIGN UP LINK IN THE TOP RIGHT SIDE BAR***
Posted by AJ Nuest at 10:31 AM