Tattered Pages Welcomes Lia and Alastair from Catch My Breath!

I'm thrilled to welcome Lia and Alastair to Tattered Pages today, the hero and heroine from Lynn Montagano's Catch My Breath! They agreed to sit down for an interview, and we're the lucky ones who get to eavesdrop while Lia uses her talents as a news producer to find out more about Alastair! Whoot!

But first, a peek inside this fabulous romance AVAILABLE NOW from Lynn Montagano and HarperImpulse UK! 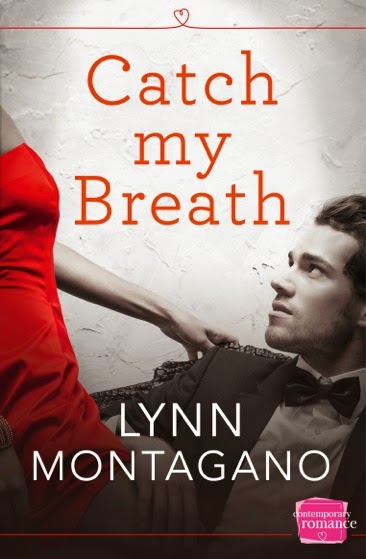 The perfect opportunity for a much needed holiday romance? Wrong! Lia’s still reeling from the mother of all bad breakups, and she really doesn't have the patience for Alastair Holden – despite his effortless charm and cute British accent.

Arrogant and totally inscrutable, he's exactly the sort of guy she wants to avoid but can't:  the man behind the mystery proves just too tempting to resist.

Drawn to him, Lia is forced to battle with her own insecurities, and the closer they become, the more she recognizes her own weaknesses as she peels away his layers with every night they spend together. Discovering the past Alastair is so desperate to conceal, Lia must decide if they can heal one another together or if their deepest fears will tear them apart.

AJ: Thanks so much for stopping by today you two, I'm thrilled to have you here. Please make yourselves at home.
Lia Meyers: Thanks for having us on your blog, AJ. I have loads of questions to ask this one over here.
Alastair Holden: Of course you do. 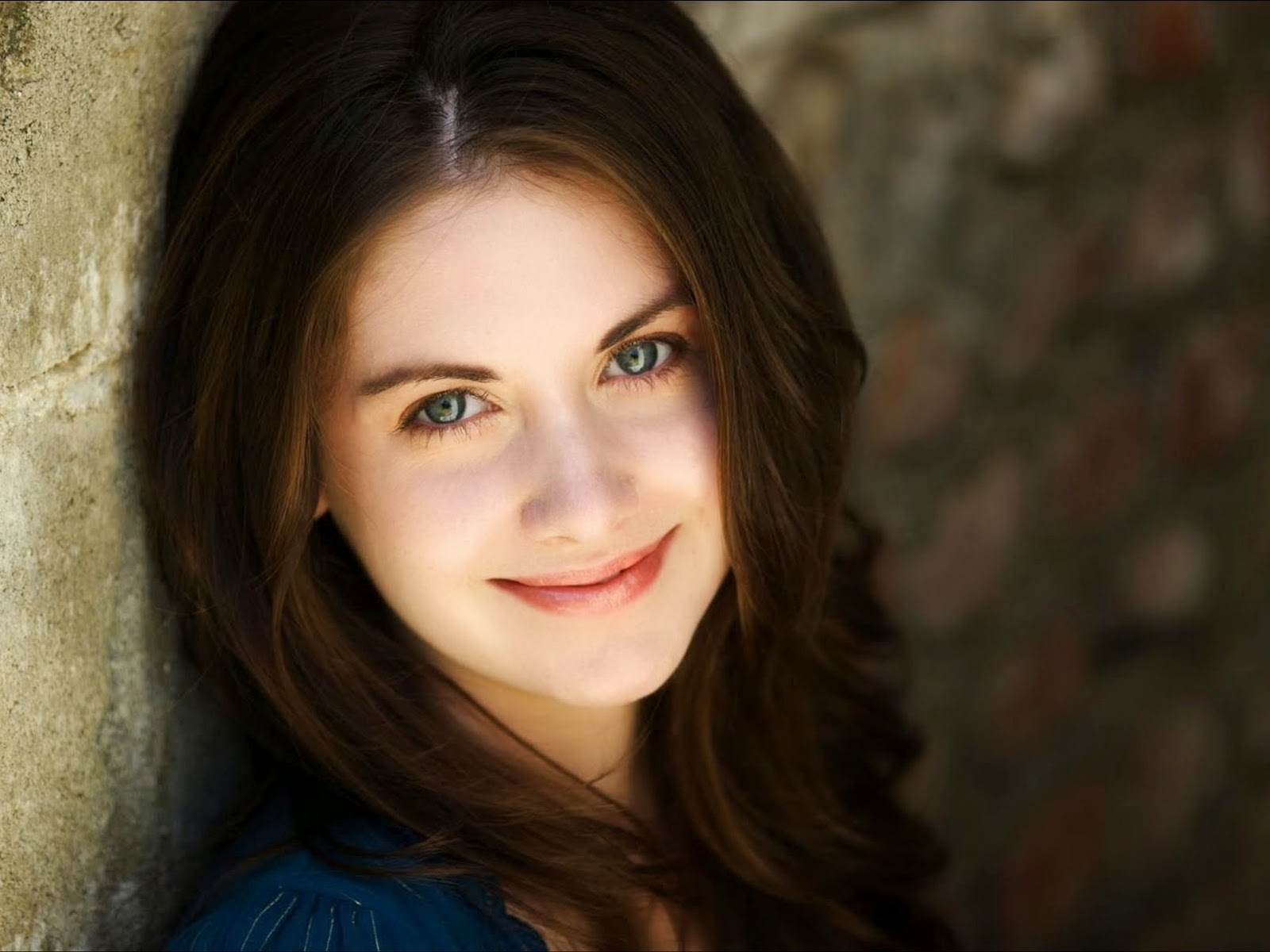 AJ:  *snicker*
Lia: Hey, I’m a news producer. It’s sorta my thing.
Alastair: Yes, yes. We all know what a curious kitten you are.
Lia: That English charm of yours will only get you so far.
AJ:  *speaking behind her hand to Lia* I get the distinct impression her likes your curiosity.
Alastair: *laughs* Fair enough. What do you want to know?
Lia: Are you giving me carte blanche to ask you anything, Holden?
Alastair: *lifting an eyebrow* No, love. We talked about this.
Lia: Okay, okay. Relax. First question. If you had a free day with no responsibilities and your only mission was to enjoy yourself, what would you do?
Alastair: I never have free days.
Lia: Yes you do. Come on.
Alastair: Well, aside from spending it with you, I’d probably play a little rugby then venture off somewhere with my camera and take photos.
Lia: What would you photograph?
Alastair: *grinning* You.
AJ:  *sighs and bats her eyelashes at Alastair*
Lia: And if I wasn’t there? 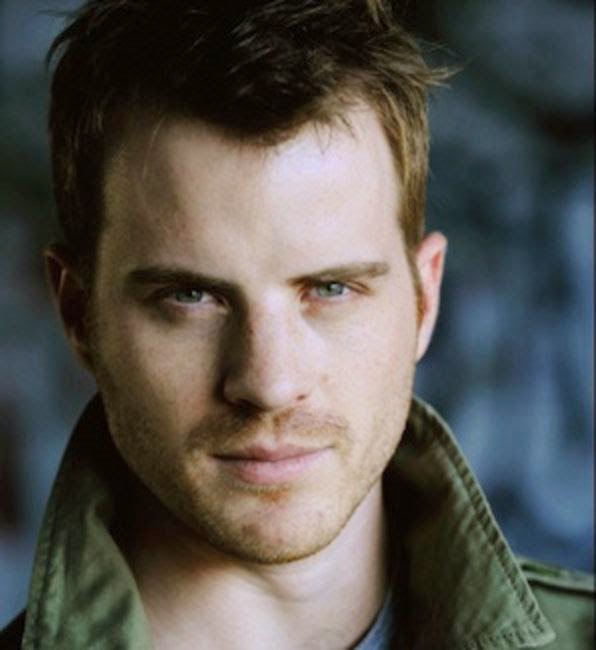 Alastair: Your not being there would defeat the purpose of the mission to enjoy myself.
Lia: *muttering* Damn charm thing.
Alastair: I heard that. *smiles* Let me ask you a question.
Lia: Oh God.
Alastair:  *leaning forward* Will you have dinner with me tonight?
Lia: Holden! This isn’t speed dating. Come on. AJ was nice enough to ask us here. I’m sure she doesn’t want to have to sit through your never-ending attempts to seduce me.
AJ:  Uh...yeah, I do.
Alastair: So that’s a yes?
Lia: You’re impossible.
Alastair: You’ll thank me later during dessert.
AJ:  *waves a hand in front of her face as if to cool off*
Lia: *appearing flustered* Next question. What are you the most proud of about your life?
Alastair: *silence*
Lia: *quietly* There has to be something.
Alastair: *stoically* Nothing comes to mind.
Lia: Well…what about your grandfather’s company? I mean, you’ve done a great job since taking over after he retired. That’s an accomplishment.
Alastair: It’s just a job, Lia.
Lia: But you’re carrying on the family business. I mean, don’t you think your parents would—
Alastair: *deadly calm* Next question.
Lia: Sorry. I didn’t…sorry. Um…
Alastair: *expression softening* It’s okay, love. Yes, I think they’d be proud, if that’s what you were going to ask. At least, I hope they would be.
Lia: *smiles* Two more questions, chief. You’re almost done.
Alastair: *shifting in the chair* Fire away.
Lia: When I came to visit you in England you took me on the London Eye and to Stonehenge. Those were obviously touristy and stuff. Do you have any favorite spots in England that you’d go to while growing up?
Alastair: Favorite spots…*stroking his chin* My aunt and uncle would take me to Brighton in the summertime. It was mostly my aunt’s idea. We’d go to the boardwalk and she’d play in the arcade with me. After I learned to drive and went to university, I would spend most of my free time at the cottage outside of Glasgow. *shrugs* I liked seeing London and Stonehenge and all that through your eyes. It sort of, I don’t know, gave it new life for me.
Lia: What do you think of Orlando, now that you’ve been here a couple times?
Alastair: Aside from the constant heat? *smirks* It’s alright. You’re here so that’s all that matters.
Lia: Last question.
Alastair: I thought that last question was the last one.
Lia: This one is. And it’s silly, so try to dig out the British humor if you can find it.
Alastair: Cheeky.
Lia: *laughs* Okay, here we go. If blondes have more fun, what do redheads have?
Alastair: Are you mocking me because I’m a ginger?
Lia: Never. Answer the question.
Alastair: *sly grin* Well, this redhead has you so I’d say I’m having all the fun, yes?
Lia: Poetic as always, Holden.
Alastair: I think this concludes our little interview, kitten. If our lovely hostess doesn’t mind, I’d like to start our dinner date now. *reaches for Lia’s hand* Though I’m tempted to skip right to dessert.
AJ:  Thanks so much for visiting with me today! It was fabulous getting to know you better! 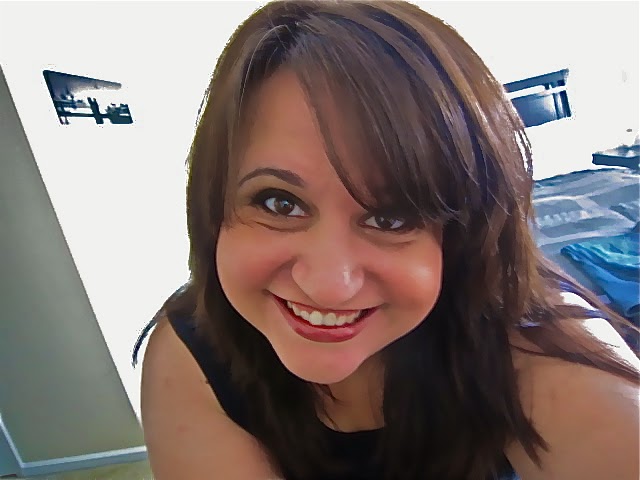 A fresh, new voice in contemporary romance, Lynn is a former TV news writer who decided to take the plunge and write a novel. She's thrilled that her debut, Catch My Breath, will be published by Harper Impulse in April 2014.
Lynn grew up in a small town in Rhode Island before venturing out into the world. An avid traveler, she's been as far away as Australia and as close as Canada. Her favorite place to visit is London.
For now, the small town New Englander hangs her hat in Northern California. If you can see her through the fog, wave hello.
FIND LYNN ON THE WEB AT:  FACEBOOK / TWITTER
Posted by AJ Nuest at 12:01 AM

I'm so happy to have Lia and Alastair here today, Lynn! Thanks for the great character interview! Whoot!