Flan--elling About...Or a Bit of Cheesecake?

I'm absolutely thrilled to be hosting Nancy Jardine today at Tattered Pages with her latest release! Please help me welcome her by leaving a comment, and YOU could WIN an ecopy of your choice of books! Take it away, Nancy!

Hello, AJ I’m so pleased you opened your blog to me today as I whizz around on my mini launch tour for After Whorl: Donning Double Cloaks (Crooked Cat Publishing), Book 3 of my Celtic Fervour Series of Historical Romantic Adventures, which launches tomorrow, the 25th of March, 2014. 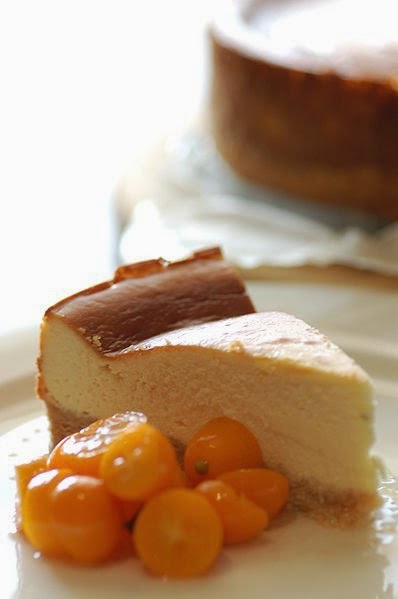 While doing my researches I’ve come across some information that wasn’t exactly relevant to my current writing but it made me laugh…though not quite drool. I did drool over a nice picture of a Roman soldier (sorry no permission to post here L) but didn’t drool over what he might have eaten.  Fine details about Roman cooking haven’t graced my pages, but it was just a little bit fascinating to read about Roman puddings. I’m a cake fan - I have to admit it - and find it an amazing thought that ancient civilizations had as many bad eating habits as I sometimes do. I have my favourite cakes, some very rich and exotically different like the ‘Red Wine Cake’ my daughter produced at Christmas. Delicious. I also like very traditional fruit cakes, and I have a fantastic recipe for a New York Cheesecake. http://commons.wikimedia.org/wiki/File:Baked_lemon_cheesecake_with_spiced_kumquats.jpg

You can imagine how delighted I was to find a recipe for an ancient Roman Cheesecake. I don’t know if Gaius Livanus Valerius, the Roman tribune in Book 3 of my Celtic Fervour Series, would have eaten any Roman Cheesecake while he was stationed at the garrisons in Britannia but the likelihood is – yes, if the ingredients were to hand. The officer class of the Roman Army, it seems from research, were prone to dragging around their own cook who would produce their food if they were not eating in the ‘mess’ area. If a tribune like my Gaius had his own cook then there were advantages. The risk of someone doctoring the food was less likely if he had his own cook and servants, all people who were answerable to him and scared to fall foul of his pugio or gladius! Particular dietary requirements were also maybe easier to order from one’s own cook. 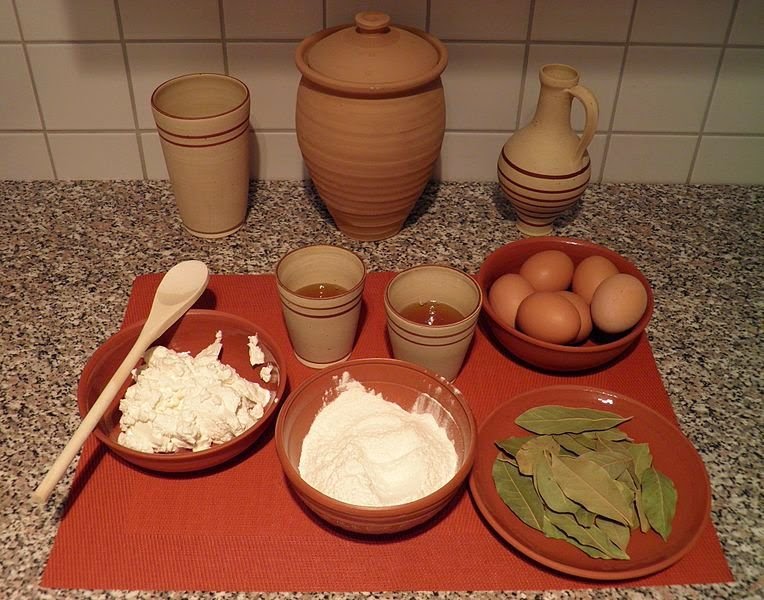 In Latin, Libum means cake and is often associated with honey- as written by Cato and other ancient writers. It was sometimes a sacrificial cake which was offered to the household gods during the early Roman eras. It could also be a simple farmhouse cake served hot, but the one I thought might be interesting to try was a honey cake that was served at the very end of an elaborate Roman dinner...
http://commons.wikimedia.org/wiki/File:Libum_Sweet_Cheesecake_ingredients_%26_recipe_%288411812870%29.jpg?uselang=en-gb

Cato, a Roman Consul whose agricultural writings became almost like household manuals, included simple Libum recipes for farmers. Sometimes served hot, this is the Ancient Libum cheesecake he included.  “Libum to be made as follows: 2 pounds cheese well crushed in a mortar; when it is well crushed, add in 1 pound bread/wheat flour or, if you want it to be lighter, just 1/2 a pound, to be mixed with the cheese. Add one egg and mix all together well. Make a loaf of this, with the leaves under it, and cook slowly in a hot fire under a brick.” Beware: If not using honey at a final stage the cheese used can be of a more mature variety and quite salty. However, soaking the baked ‘cakes’ in honey, having used a salty cheese isn’t very palatable and isn’t recommended! Instead, use a soft unsalted cheese.

Sift the flour into a bowl. Beat the cheese until it's soft and stir it into the flour along with the beaten egg. Form a soft dough then divide it into 4. Mold each one into a bun and place them on a greased baking tray with a fresh bay leaf underneath. Heat the oven to 425° F. Cover the cakes with your brick* and bake for 35-40 minutes until golden-brown. Warm the honey and place the warm cakes in it so that they absorb it. Allow to stand 30 minutes before serving. 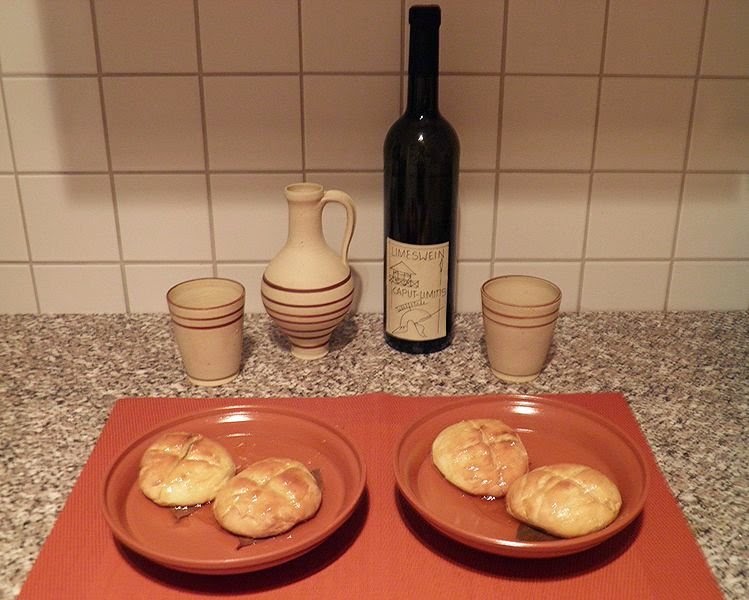 The Romans often covered their food while it was cooking with a domed earthenware cover called a testo. You can use an overturned, shallow clay pot, a metal bowl, or casserole dish as a brick. ( http://www.pbs.org/wgbh/nova/ancient/roman-recipes.html)

So what do you think, everyone? Does this make you want to have a go and bake some Libum? Have a Roman feast?  I’m thinking of inviting my guests to do exactly that tomorrow at my Facebook Launch Party 25th March. And ….I might even be making some Roman…flan!
Pop in and join me here on FACEBOOK


*****Today’s GIVEAWAY! *****
Leave me a comment, please, and tell me if you like the sound of my Roman Cheesecake and you could be the random winner of a back copy of Book 1, or Book 2, or even Book 3 of my Celtic Fervour Series! Winner chooses which.

Thanks for having me over today, AJ - it’s brilliant to visit you again. 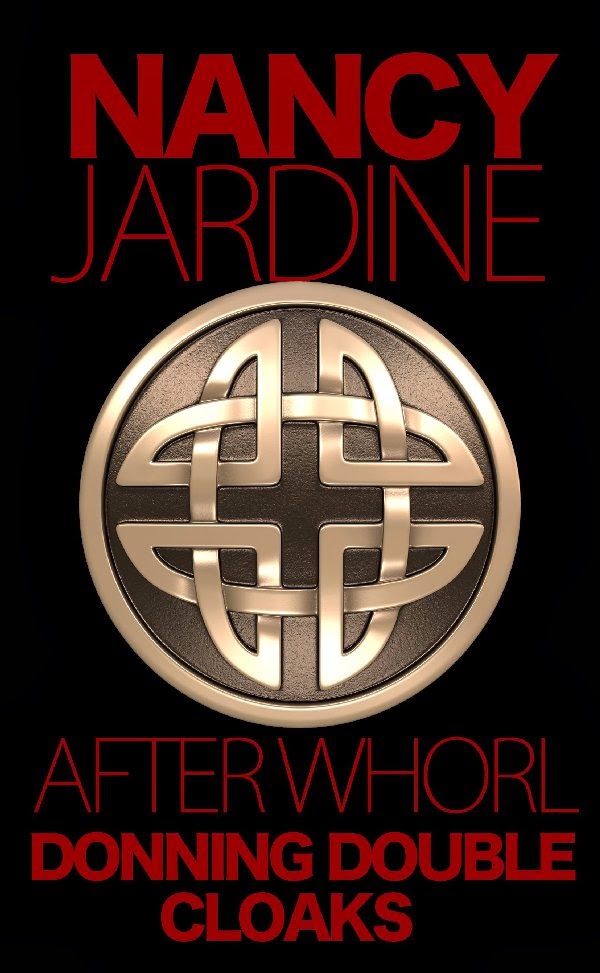 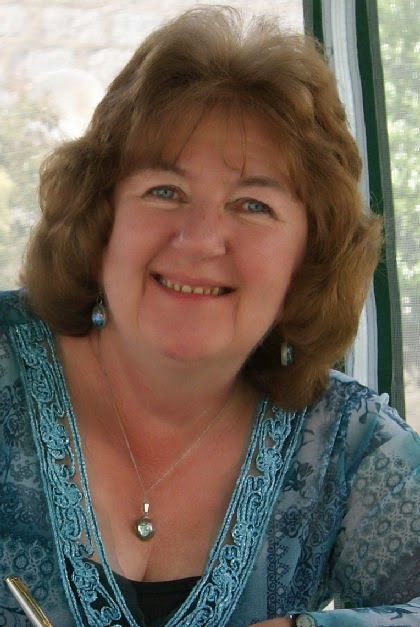 ’s writing time is shared with regular grandchild minding duties, tending her large garden, ancestry research and leisure reading. She’s currently writing a family saga based mainly in , and Book 4 of her Celtic Fervour series. She’s delighted to be able to share that Topaz Eyes (Crooked Cat Publishing) an ancestral-based mystery, is a finalist for THE PEOPLE’S BOOK PRIZE Fiction 2014. After Whorl: Bran Reborn - Book 2 of her Celtic Fervour Series (Crooked Cat Publishing) has been accepted for THE WALTER SCOTT PRIZE FOR HISTORICAL FICTION 2014- the most prestigious prize for historical fiction in the .


After King Venutius’ defeat, Brennus of Garrigill – known as Bran – maintains a spy network monitoring Roman activity in Brigantia. Relative peace reigns till AD 78 when Roman Governor Agricola marches his legions to the far north. Brennus is always one step ahead of the Roman Army as he seeks the Caledon Celt who will lead all tribes in battle against .


Will the battle against the Romans bring Ineda and Brennus together again?
Thanks for visiting with me today, Nancy! And thanks to all our lovely commenters!
OX AJ XO
Posted by AJ Nuest at 12:01 AM

It's great to be with you today, AJ! Thank you so much for inviting me! :-)