When Life Hands You Lemons...

ANNOUNCEMENT:  Where Do You Want Your Nipple? Is FREE today and tomorrow on Amazon! Be sure to get your copy NOW! 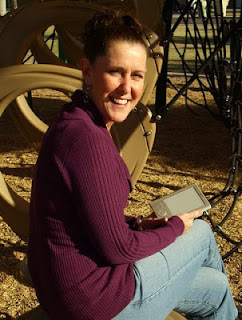 I am humbled and blessed to have my dear friend and fellow writing pal, Mackenzie Crowne visiting today. Not only did she bring a fun, witty post filled with her wonderful voice, but also a story of inspiration and the shining example of how to exhibit grace during life's not so grand moments. I hope I can be just like you when I grow up, Mac. Or better yet, let's stay kids together! Yeah! I loves ya ta BITS!


Have you ever have one of those “when life gives you lemons” moments? I’m not talking about some random New Year’s resolution or a new hair cut or even that moment when you can no longer zip your favorite pair of jeans. I’m talking about one of those “holy crap, what am I going to do now?” moments.

Before the fall of 2007 I hadn’t. I’d been happily wandering through life, enjoying the scenery while I meandered through whatever new adventure presented itself. Like J. Thaddeus Toad on his wild ride, life presented any number of fads and manias that drew my interest and, like Toad, I had a short attention span. Inevitably, some new bright and shiny notion would send me off in another direction. My switch from one mania to another was never a conscious decision exactly, it always just sort of…happened.

Over the years, I dabbled in many things. I filled my spare room with craft supplies at one point because a good friend was a marvel at producing gorgeous Christmas wreaths. I soon discovered, however, that I suck at crafting. The yard sale earned a whopping thirty-four dollars, but my spare room was clean of twigs and bows once more. Another time I purchased a used sewing machine from a charming, eighty-year old woman whose fingers were bent and curled with arthritis. The new valances over my windows were presentable, but I cringe whenever I come across an old photo of my boys wearing the results of my foray into the world of patterns and thimbles. Don't most people have one arm longer than the other?  Doctor Seuss would be so proud. I gave the old lady’s machine to a friend.
Oh, I occasionally got involved in something I felt strongly about and managed to see things through to an acceptable conclusion, but other than spending time with family and friends, the only one of my manias that hasn’t faded over time is my writing. I was ten when I penned my first short story and dreamed of sharing it with others. Unfortunately, like Toad, I never gave that lifelong passion the attention it deserved. Busy running in a million different directions, I treated my passion as more of a hobby than a burning need despite the persistent antics of the characters living in my head.
Then, on a crisp fall morning five years ago, I faced my moment. It slammed into me like an out of control freight train within the confines of a small, windowless room. Facing a tiny sprite of a woman, an oncologist, J Thaddeus Toad and I were introduced to the concept of mortality and, from that moment on, Toad was on his own. After all, if I was going to make the effort to beat breast cancer, subjecting myself to physical disfigurement and debilitating treatments, then I owed it to myself to do whatever it took to bring my dream to fruition.

Breast cancer handed me an entire bushel of lemons, and while I wouldn’t wish the experience on my worst enemy, it forced me to make the lemonade, quenching a thirst I’d been ignoring for years. Five years later, I’m multi-published and while I could say mission accomplished, claiming victory and stopping there is so “Toad”. I don’t think that way anymore. I’m a survivor and with the concept of mortality firmly in place, I won’t be settling for just a piece of my dream. I want it all.
What about you? Got any lemons?  What are they and what are you doing with them?
Posted by AJ Nuest at 5:30 AM

The feeling is mutual, AJ. (In my head, I said that just like Madeline Khan in Young Frankenstein. LOL) But seriously, if the old saying "You're as young as you feel" is true, we'll be sharing the swing at the playground for years to come.

Hi Mac!
thank you for reminding us to never take life or health for granted.
I was one step removed from that bunch of lemons when my husband was told he needed emergency heart surgery and we went through a triple bypass graft. Seeing him connected to all of those machines, and looking so vulnerable afterwards made me cherish every moment we'd shared and to remember to count each new day as a gift.

Thanks so much, and I'm very glad you're spreading your story of triumph with a touch of humor. Can't live without humor can we?

I'm here armed with hugs for two of my fav writers--AJ and Mac. Everytime I read a post written by Mac on fighting the big C, my admiration for her grows. I've faced the cancer demon twice--a mole on my back that turned cancerous and a cyst in my saliva gland that required a four-hour surgery--but I've never had to go through the chemo or radiation so many dear souls have suffered through. I can't imagine the toll all of that takes on one's body. Keep preaching the word, Mac...take care of the ta-ta's.

Best of luck to your continued good health. Yay you for staring down cancer and making it blink first.

Thanks for sharing your story Mac! Both my sisters-in-law are breast cancer survivors, and I admire the courage of every woman who has had to deal with this.

I just wanted to stop in and show my support. For someone so young, you've certainly stared death in the eye and lived to tell about it. Most people keep on the Thaddeus Toad Train until they slam into the wall.

Life is precious. We should all tell our friends and family how much we love and support them.

Here's a big hug from me!

Thanks to all for being here today to share in Mac's story. Sigh...I love the Roses. You ladies are just the best!!

Thanks, Lynne. You're so right. Didn't someone say, laughter is the best medicine? I'm a believer!

LOL Vonnie. "Staring down cancer and making it blink". I feel like should slip into boots and a hat and strap on a Smith and Wesson. Let's see. Do I know any cowboys willing to help me with that? Hmmm. Oh, Storm! ;-)

Thanks Kathryn and Liz. I love hearing about survivors. Take that cancer!

Amen Maggie. Remembering to shower my friends and family with the love they inspire was one of the blessings my breast cancer battled delivered. And it's a sweet one.

You're so right AJ. The invitation to the garden is one of the best gifts I've ever received.

Thanks so much for having me today, my friend. Muah!

Mac, you are amazing!
Me lemon pie, love the whipped, sweet, egg whites, on top myself!

You really are an inspiration, Mac, to keep on going when thrown a loop!