Meet Sir Sean Wilbrun from By Right of Blood!

I'm thrilled to have Lorrieann Russell at Tattered Pages today, who brings with her a peek inside her latest release "By Right of Blood"! Grab a cup of your favorite morning brew, settle in and meet Sir Sean Douglas Wilbrun. Take it away, Lorrieann!


My name is Lorrieann Russell and I am the author of my newly re-released novel, By Right of Blood.   William Fybrigge is the main character of the story but he does not occupy his world alone, of course. One of the many who populate the world of Drumoak Castle in my fictional rendering of Stonehaven, Scotland at the turn of the 17th century is William’s closest friend and confidante, Sean Douglas Wilbrun. Without further ado, I give you Sir Sean.
~ * ~ 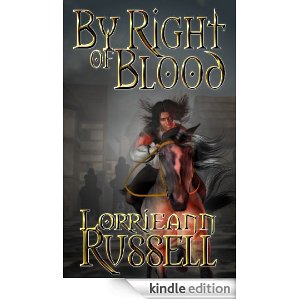 Looking back on that day, I have to laugh. Not that it was particularly funny, but because I was so young yet thought I was a man just because Lord Edward clapped my shoulder with the rusted blade of my second-hand sword.  Lord Edward had a way to make the humble feel noble; always a kind and encouraging word to all who served him.  But make no mistake, he was the Duke and my sovereign, and I was bound by an oath of fealty to serve him with my very life — though I was proud and honored to do it.


I was willing and ready to die in the service of my duke if called upon to do so, so the humor lies in the task I was given on that first day of my knighthood. I was not called upon to prove my manhood or my loyalty, but to play nurse to a child who was sent to the castle for fostering. I say child, for that is what I saw when I found him for the first time, cowering under the straw in the barn.  He had the look more of a fawn lost among wolves than the son of a nobleman — which is what he truly was.  This lad came from one of the richest earls of Lord Edward’s duchy and yet he cowered, clad in tattered filthy garments, all eyes and — I know it sounds harsh — but without the common sense God gave a rock.
The lad was terrified! Of what? Drumoak? Lord Edward? Aye! He was afeared of the very place that would prove to be his salvation in time.  And upon my first day as a guard to the duke, I was asked to look after him — to remain a child for just a little longer.
I was reluctant, but an order is an order.  I had no idea that day would be the beginning of a lifelong friendship and bond.  It did not take long for me to come to know the lad, and see there was far more behind those wide eyes than fear.  I learned more than I could ever dream just standing with him, watching him, guiding him (or was he guiding me all that time?).
I served the duke with my honor as I had vowed — but my loyalty would be to my friend from there forward.
~ * ~
Thank you, Sean.  I look forward to the rest of your story.  It can be read in By Right of Blood, available at Amazon.com and other online booksellers.
Good night,
Lorrieann
Blurb:
William Fylbrigge is ill prepared to claim what is his, by right of blood, and his place among the powerful clan he has been born into. His older brother Thomas doesn’t want to share what he thinks is rightfully his, secretly arranging to have the young lad killed in a convenient “accident.” William could lose everything, including his life.

Sean Wilbrun, the son of a common groomsman, transcends the barriers of his class and station when he is elevated to the esteemed ranks of guard for Lord Edward, Duke of Stonehaven. His first assignment, however, is not to wield a sword to protect his duke, but instead to attend to the newly arrived foster son.

William and Sean soon form an unlikely duo and a lasting bond as together they face Thomas’ accusations of murder and treason. 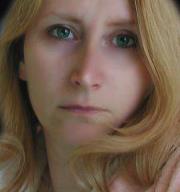 Lorrieann Russell has written three books (so far) chronicling the life and times of William Fylbrigge: By Right of Blood, My Brother’s Keeper, and In the Wake of Ashes.  She has also published several short stories, and has been a featured guest on Edin Road Radio.  She is an accomplished artist, illustrator, photographer and designer.  A native New Englander, she spends much of her time in the mountains of New Hampshire, hiking and taking pictures of the landscape.
Author Contact and Websites
Home page: http://lorrieannrussell.wordpress.com/
Facebook: https://www.facebook.com/LorrieannRussell
Twitter: https://twitter.com/#!/LorrieannTweets
Email: lorrieann.russell@edinroad.com


He leaned against the stall, scooping up a piece of hay to chew on, noticing a slight movement near the wall. He dropped down, sitting cross-legged with his back to the pile.


“Must have been some ride you had. I know the Causey Mounth road from Aberdoir can be quite a fright along the cliffs,” he said casually and paused to listen. The rustling stopped. “The ruts are so close to the edge, if the horse makes one bad step, och! ‘Tis fearsome. Is that what’s frightened you, lad? The road?” He risked a glance over his shoulder. “I wouldn’t blame you if it did. I surely don’t like riding Causey Mounth – especially after it’s rained like it has.”
Still no reply.


Frustrated, Sean idly scanned the barn until he spied a basket of early apples not far from where he was sitting. “You don’t mind if I do m’ chores? I need t’ feed the horses, you see.” He stood and scooped up a couple of apples and headed to the first stall occupied by an animal. “This is Hawk. He’s a yearling. Not quite broken yet but he’ll be a fine mount one day.” He pulled a sharp dirk from his belt and sliced one apple in half, holding one half flat-palmed for the horse. “I’m hoping he’ll be mine. He suits me.” Another glance over his shoulder and he caught sight of a pair of wide green eyes peeking through the straw. There you are. Papa’s right, you do have big eyes. He moved to the next stall.


“This one is Ceres. No one has ridden him yet. He’s full of fire, this one.” He stroked the horse’s nose, then offered the other half of the apple. “Do you like horses?”


The straw moved slightly and Sean could see an entire face now. Small and staring, the boy looked no more than eight years old. I thought Edward said he was twelve?


Sean gave him a smile in greeting, then turned his attention back to the horse. “There’re more to feed; would you like to help?”


The boy did not answer but Sean saw him peek out a little more, looking toward the other stalls. He sliced another apple and moved down. “Hello, Gallant, are you hungry? Aye, I see you are. There’s plenty … there you are.”


A moment later, Sean felt someone standing close behind him. He did not turn but kept to his task of feeding the horses. When he’d run out of apples with two horses left to feed, he turned to reach into the basket for more. Instead, he found the lad holding out an apple with one hand. Sean smiled and took it from him, slicing it in half. “Thank you.”
The boy nodded, then stood back, half concealing himself behind a post. Sean fed one half of the apple to the horse in the stall, then held out the other half toward William. “Star may like this one.”
William stared at the apple, then up to Sean, then back to the apple.


“Go on, she won’t hurt you. Just hold it like this, with your palm flat.”


William took it and held it to the filly in the stall he stood next to. She nickered and chomped it down, shaking her mane in gratitude. Sean saw William’s eyes widen and the trace of a smile cross his face. He also noticed something else – ghastly purple marks encircling his fragile looking wrists. He quickly averted his sight, so as not to startle the lad. He’s been bound! Good God. What am I dealing with here?
“She likes it,” William whispered.


Sean forced a smile, somewhat shaken by the dark hollows under William’s eyes when the lad turned to look at him. “Would you like to give her another one?” he asked, making an effort to keep his tone as gentle as possible.


Just as William was about to answer, there came voices from outside. It was Laurel speaking to Arthur. William spun on his heel and, without warning, dove back into the hay.


“Lad … wait, there’s nothing to …” Sean stopped and gasped at the sight before him. He hadn’t seen the boy’s back before now and he stopped, astonished. The shirt was flayed open in crimson-stained shreds, the flesh beneath caked in dried blood. He stood for a moment, not finding anything to say to the boy but knowing something needed to be done. Sean turned and headed toward the door. He’d have to let Edward know what he’d seen, and to let him know that he’d have to wait a while longer to meet his new foster son.


Author Lorrieann Russell has used great imagination and artistic creativity in By Right of Blood. Her talent shines through the characters she has so lovingly created and this talent spills over into the world of the reader, allowing them to walk with the characters through the streets of the market, to the cliffs above the ocean. Feel their fear as they run through the woods, and into the meadows escaping hunters and those that would do them harm, only to prevail in the end. Experience their happiness and their sorrows, as they fight to make their mark in the world surrounding them.
I give By Right of Blood five stars *****
Nora Chipley Barteau
Reviewers Helping Authors
http://norachipleybarteau.blogspot.com/
* * *


A real page turner, this novel captures you from beginning to end. You seem to become part of the adventure as you join the characters on their journey. Russell's descriptions of places and characters make it easy to picture these things as you read. I absolutely loved this novel and look forward to anymore work by this wonderful and talented author. If you have not read By Right of Blood by Lorrieann Russell, I strongly suggest you pick up a copy. This book is full of drama, action, romance. All the things that are needed to make a wonderful work of Fiction for readers to enjoy. An excellent novel. I won't hesitate to read anything with Lorrieann Russell on the cover.

* * *
There is one essential element that stories must have in order for me to be fascinated. They must have a conflict. I can honestly say that Lorrieann has succeeded here.  The conflict was immediate. Right from the beginning in the first two pages I knew I was going to read all the way to the end. By the time 10 pages had passed, I was emotionally bonded to the characters. When you can step into a story and consider someone your brother or sister, the author has done their job. I would recommend this book to anyone high school and above.