The Significance of First Lines

Today I'm welcoming to author Lilly Gayle to my blog, romance author extraordinaire from The Wild Rose Press, as part of our month-long Valentine's 2011 Blog Tour. Here's what Lilly advises about writing first lines. Be sure to read through to the end of the blog to see an excerpt from her paranormal release Out of The Darkness, and leave a comment to enter our weekly drawing! Thanks, Lilly, for your words of wisdom! 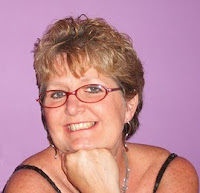 The Significance of First Lines
First lines make lasting impressions. Whether it’s the spoken word or the written word. The first line spoken to a new acquaintance can leave them with a negative impression. But the first line in a book can squash a writer’s chances of getting published—because if the first line is bad, that editor or agent may not read the second line.
Editors and agents often decide whether or not to read a manuscript based on a query letter. And even if they ask for a partial or a full, most want to be “hooked” within the first three pages. So do readers. I’ve often put a book aside because I made it to chapter 3 and still didn’t care about the characters. Would a better first line have made a difference? Maybe.
In today’s fast-paced world where a new book can be downloaded to a phone, pc, or e-reader in the blink of an eye, few readers are going to wait until chapter 3 to get into the story. They want the writer to snag them in the first chapter, preferably by the first page. So, that first line is important. But what should that first line say? And how?
The best way to start a story, other than finding that one great opening line, is to start in the middle of the action or the middle of a conversation. In Out of the Darkness I utilized a prologue to give background information on how Vincent became a vampire. The story begins with a battle scene during the American Revolution.
First line from Lilly Gayle’s Out of the Darkness: Earlier, he would have given anything to escape the stifling heat.
My first line may not be the best ever written, but I hope it made the reader interested enough to read more.
In Slightly Tarnished, my upcoming historical release coming June 6, 2011 from The Wild Rose Press, my first line is: Nicole Keller closed her mother’s bedroom door and wiped away the salty sting of tears.
I wanted the reader to know from the beginning that Nicole has suffered a great loss. Maybe then, the reader would want to know what that great loss is.
Do other writers obsess over that first line? Do readers really care about the first line if the story is good? There are good books with dull first lines and bad books with great first lines. But what makes a great first line?
Here are some examples of first lines from books I enjoyed.
From:
Dean Koontz’s Dark Rivers of the Heart—With the woman on his mind and a deep uneasiness in his heart, Spencer Grant drove through the glistening night, searching.
Sandra Brown’s Breath of Scandal: “The hell you say!”
Amanda Quick’s I thee Wed: — Someone else got to the apothecary first.
Cindy Halliday’s Dream Guy— Annie Long could trace her problems with men back to her first high school dance.
Catherine Coulter’s The Nightingale Legacy — Frederick North Nightingale looked down at the huddled woman at his feet.
Virginia Kantra’s All a Man Can be— Both the babe and her ride gleamed, high maintenance and fully loaded.
James Patterson’s The Beach House— It’s like dancing sitting down.
As a reader, which of those lines would make you want to read further? And if you’re a writer, what’s the best first line you’ve ever written? Post a comment and you’re automatically entered in a chance to win our weekly blog prize or the grand prize.
Out of the Darkness- a paranormal vampire romance.
Here research could cure his dark hunger if a covert government agent doesn't get to her first.
Vincent Maxwell is a vampire with a conscience seeking a cure to his dark hunger. But when a scientist looking to create vampire soldiers captures and kills a fellow vampire, Vincent seeks out Dr. Megan Harper, a research scientist who discovered a link between a genetic light sensitivity disorder and vampirism. Dr. Harper could hold a key to a cure and the answers to Gerard’s death. But getting close to the beautiful scientist could endanger both their lives.
When Megan meets Vincent she believes he suffers from xeroderma pigmentosum, the genetic disease that killed her sister. Sensing a deep loneliness within the handsome man, she offers friendship and access to her research files. But she and Vincent soon become more than friends and Megan learns the horrifying truth. She's entered the dark and unseen world of vampires and Vincent is her only hope of survival.
Excerpt: 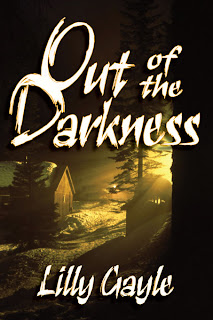 Vincent didn’t spare her a second glance as he
opened the basement door and stepped down.
The sound of his boot heel striking wood echoed
up the steps as he disappeared into the darkness.
“But—” Megan switched on the light and
hurried after him.
“The first thing you need down here is a table
and some chairs,” he said when he saw the
stacks of unorganized data and reams of paper
scattered across the floor. “Do you mind if I bring
the ones down from the kitchen?”
“No.” She turned back toward the stairs. “I’ll
help you bring them down.” It would give her
something to do while she sorted through the
confused thoughts and emotions tumbling
around inside her head.
Vincent touched her arm and heat shot
straight to her belly, turning her insides all warm
and fuzzy.
Warm and fuzzy was not good.
Warm and fuzzy made her think of more than
just heated sex. It made her think of cozy
evenings snuggled up under a blanket and shared
feelings. It made her long for an emotional
connection she couldn’t risk. Not with Vincent.
Not with a man who could potentially die a slow,
lingering death.
“I’ll get it.” He let go of her arm and stepped
back. “You start going through those papers and
find that report you wrote comparing XP to
vampire myths and legends. I’d be interested in
seeing if you still have it.”
He turned to go back up the stairs and Megan
shivered. Why had Steve mentioned the vampire
report to Vincent? And why was Vincent so
interested in seeing it?
Vincent the Vampire.
Buy link for Out of the Darkness: http://www.thewildrosepress.com/out-of-the-darkness-p-4039.html
A little about Lilly Gayle:
Lilly Gayle lives in North Carolina with her husband of thirty years, her youngest daughter who's still in college, a dog, a cat, and various critters both dead and alive the cat occasionally drags through the doggie door. When not writing or working as a mammogapher, she spends time with her husband at the beach. Out of the Darkness, a paranormal romance is her first published novel.  A historical, Slightly Tarnished should be released sometime next year.
Posted by AJ Nuest at 6:49 AM

I'm a fan of Amanda Quick, so I'd have to vote for the line for I Thee Wed.

I think my best first line is from a contemporary romance work in progress...
The next time Charles Henderson appeared, he was dead, and it wouldn’t be a quick death.

Well, I can see now my first line and first pages need sooo much more work. Good points - thank you. I have hope to achieve this!

I'm throwing my vote in for James Patterson. I enjoyed the insight on first lines and will make sure I have those attention grabbers in my own writing. Thanks.

Emma, love your first line.Jill, Dean Koontz is da man! He writes paranormal but does relationships like a girl. I love Amanda Quick, but Virginia Kantra's first line is till an attention grabber. And who doesn't like James Patterson? He's man enough to join RWA! lol! Thanks for stopping by everyone and Clancy, you will achieve your goals. The first two rules of writing. Never give up. Never stop learning.

Hats off to Lilly Gayle for being my FIRST GUEST! Thanks for the great post, Lilly. I loved having you and hope for a return visit real soon! AJ

Thanks for having me AJ. This was fun!

I've been learning so much about first lines lately. This is the first line of a WIP I've been working on : Fynn sat in a windowless hallway littered with used syringes, empty whiskey bottles and other remnants of lives gone to waste.

I just finished an anthology and this was the first line of City of the Dead by Sherrill Quinn, and I loved it.

Thanks for the tips:)

It's interesting to read everyone's take on first lines.

Here is the first line from my short story as part of the Cupid Gone Wild Anthology, The Wrong Target.
“I’m damned if I do and damned if I don’t.” Tina Blackberry sighed.