I AM THRILLED TO HOST DIXIE LEE BROWN'S
UPCOMING NOVEL!
Announcing the amazing cover reveal for...


TEMPT THE NIGHT
by Dixie Lee Brown from Avon Impulse 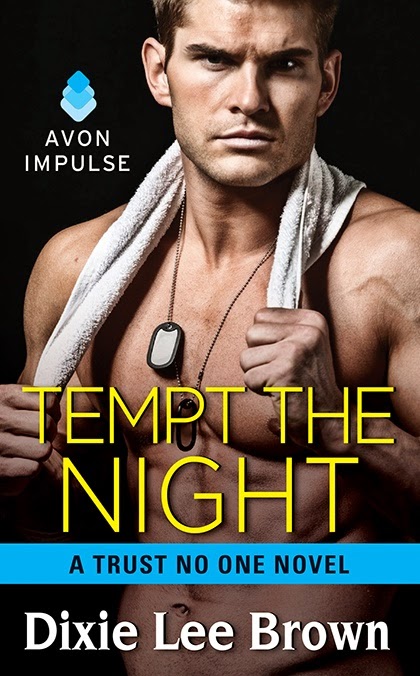 
Former Navy Seal Jim Brady works best under pressure. At least he used to. Now, fighting flashbacks from his time in Iraq, he’s given up everything that’s familiar to him in order to protect the innocent…from himself. His mission in Alaska is simple—find a mother and reunite her with her son. Piece of cake. Except…the woman he finds isn’t the one he’s looking for. This one is pressing a gun to his ribs, and she’s covered in someone else’s blood. Not a great first impression.


Samantha “Mac” McCallister barely believes her own tale of dirty cops and murder that lands her in the same house at the same time as Brady. One minute, she’s enjoying a ride-along in her best friend’s cruiser. The next he’s dead, and she’s wanted for his murder. Brady is involved somehow. At the very least, he may have information she needs. Mac never expected to be hiding out from the law, but if Brady can be trusted, she just might survive long enough to clear her name. Too bad trust isn’t the only thing she’s feeling for the handsome stranger.


Working with a fugitive isn’t really in Brady’s plans for this lifetime. Still, something about the blue-eyed beauty tells him she’s not the source of the trouble—she’s running from it. Deep down he knows he’ll protect her no matter what…but can he protect his heart? That’s another story. 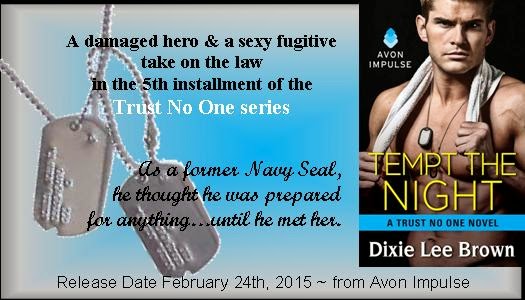 Dixie Lee Brown lives and writes in Central Oregon, inspired by what she believes is the most gorgeous scenery anywhere. She resides with two dogs and a cat, who make sure she never takes herself too seriously. When she’s not writing, she enjoys reading, movies, and trips to the beach. 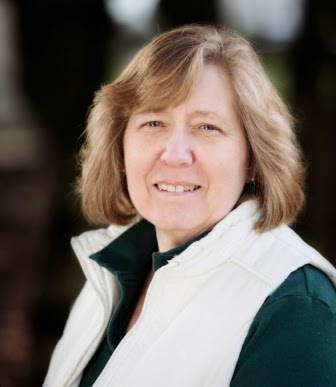 Other ways to connect with Dixie

SQUEEE! Thanks for hosting me and my new cover today, AJ!

Dixie what a beautiful cover. I'll be pre-ordering. Congratulations!!

Thanks, Deb. I'm pretty excited about it. How sweet are you to pre-order. Any day the cover should be up at Amazon and other on-line retailers. That will make it more fun for folks to pre-order...or is that just me? Lol!

Jennifer, I appreciate you coming by and having a look. Thanks so much!