The End with Denise Moncrief

I'm thrilled to have romantic suspense author, Denise Moncrief, here today, celebrating her recent release from 5 Prince Publishing! Whoo Hoo! If you haven't yet been introduced to Denise's work, you are in for a spine-tingling treat!! Check out this fabulous selection available now!

The End:
Sometimes the end is only the beginning


Almost a year after her husband dies, Ellie Marston opens the file for Tab’s last manuscript, a thriller so compelling it reads like a true story. His manuscript needs an ending, so Ellie writes the obvious conclusion. The same morning she types The End, her career as an assistant district attorney falls apart. Accused of throwing the high profile Patterson case, she resigns in disgrace. The only friend she has left in the criminal justice system is Det. Paul Santiago, a man she has worked closely with on numerous cases. While she was married to Tab, she squashed her growing feelings for Paul, determined to make her deteriorating marriage work, but circumstances after Tab’s death bring Ellie and Paul together.
Ellie’s paranoia increases as she becomes convinced Patterson is harassing her, certain that someone is searching her belongings for any hidden evidence she might have that would reopen his case. It becomes clear there was a conspiracy to release Patterson. She seeks help from her former co-worker, Presley Sinclair, but soon discovers Presley is deeply involved in the subsequent cover up. Worse yet, Tab’s affair with Presley drew him into the twisted conspiracy as well.
Together Paul and Ellie attempt to uncover the conspiracy in the District Attorney’s office, the set up that forced her to resign. The key to the mystery is hidden in the pages of Tab’s manuscript. Once Paul and Ellie come to the correct conclusion—Tab’s manuscript is a true story and Ellie’s added ending is the only logical outcome—Ellie attempts to reveal Patterson’s hidden partner in the District Attorney’s office, but the co-conspirator she uncovers is not whom she suspects. Danger swirls around her as she steps further and further into the conspirator’s trap. 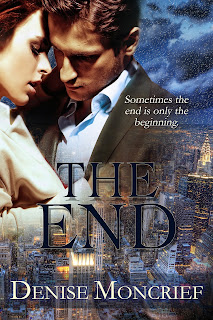 Tab’s Mac wobbled on the edge of the coffee table in front of me as my fingers tapped out the letters of the final sentence of the final scene as if they had a mind of their own. The idea for the ending had come to me in the middle of the night, and I was determined to finish the project before I forgot what I wanted to write. I hit return and then spaced down and typed The End with a flourish. I didn’t know if writers wrote that at the end of a manuscript, but I did it anyway.


I leaned back on the sofa. A smile should have formed, but it didn’t. I was pleased…but exhausted. The urge to finish Tab’s final project had been satisfied. How did he do this? The process had mutilated every one of my emotions.


He had put a lot of himself into his writing. I’d watched him, absorbed for hours on end, struggling to choose just the right word or just the right sentence structure. He’d tried for years to get an agent or a publisher to read one of his manuscripts. After numerous rejections, he’d send them to the virtual trash bin with an angry jab to the delete button. It appeared like a lot of wasted effort to me.


Thinking about Tab kicked me in the gut once again. He had been dead for almost a year, but his memory could still hit me hard when I least expected it. It’s true. You never get over losing someone you love the way I had loved him.


I was awake late one night the previous week watching Castle on a Netflix disk, when I decided it was time to read Tab’s unfinished masterpiece—well at least it would have been a masterpiece in his humble opinion—if he had discussed it with me. He never mentioned the project. I didn’t even know the manuscript existed until after the accident that took his life. If I hadn’t been searching the hard drive of his Mac for something else, I would have never known about it.


Odd. Tab wasn’t a secretive sort of guy. Was he?


So his unfinished manuscript had remained unread on the hard drive of his Mac for months. I’d put the idea of reading his final words aside, but then I couldn’t stand it anymore. I had to read what he left behind.


When I opened the file, I expected to read something sentimental and just a little cheesy, something with a made-for-television happy ending. I expected to cry like a baby when I read his final words. Tab was the most dramatic man I’d ever met.


Instead, I became engrossed in a thriller that read so real I wondered if he had written a true story. All the plot needed was a realistic ending.


And the end came to me in the middle of the night.


It was done now. For better or for worse. I reached for my coffee mug and took a sip, then grimaced. The brew had gone stone cold. I rose from the sofa and slogged into the kitchen to refill my cup and stick it in the microwave. As I waited for the ready beep, the view outside my window captured my attention. A bare limb of an oak tree swayed, easily manipulated by the wind. The weather promised another gloomy, rainy day. I pulled my robe closer around me, but the chill of the morning pierced the terry cloth. I shuddered and headed for my bedroom.


My linens lay on my bed, twisted and tangled from tossing and turning. I had no desire to go to work. Finishing Tab’s masterpiece had drained my energy, and when I finally dragged my butt into the office, I would have to confront my boss. Executive Assistant District Attorney Michael Leads would not be happy with my lack of progress on the Baxter case. Into my second year as an assistant district attorney, I was well aware I had missed my calling. My confidence in the criminal justice system had disappeared. My passion for convicting the right offender put me in constant conflict with a process that had morphed over the years into a system designed for speed rather than accuracy.


With no enthusiasm, I dressed for the day. I chose my best black suit because it matched my mood, but beneath it I wore a bright, cherry red blouse. My power outfit. I needed all the chutzpah I could manage to face Leads’ wrath. It was coming at me, like a hurricane hovering off the coast trying to decide which shore was most vulnerable.


After applying a few final touches to my makeup, I zipped a brush through my hair, made a pretense of brushing my teeth, and swished an ounce of mouthwash. I held my hand over my mouth. My breath still smelled of stale coffee. I looked into the mirror and groaned, then swiped at the toothpaste stain on my lapel with a damp rag before heading toward the living room. After a few minutes of panicked searching, I found my only pair of black heels under the sofa.


I was as ready for my confrontation with Leads as I was ever going to get. My briefcase leaned next to the front door where I’d dropped it the night before. I had planned to review some case files before I went to bed, but once I closed my apartment door behind me, nothing could have motivated me to open my briefcase last night.


The ride to the office was probably the longest of my career. Lights flashed through the windows as the train passed through another station. I held tight to a strap above me because all the seats were full, always a marker of how my day would go. I was running late, and there was no hope for me.


My mind drifted. Instead of mentally listing the things I needed to accomplish at work that day, I dwelt on how I should have chosen a different path for my life and what that path would have been. Had everything I suffered to work my way through college and then law school really been for nothing? 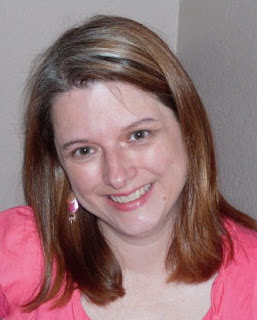 Denise wrote her first story when she was in high school—seventeen hand-written pages on school-ruled paper and an obvious rip-off of the last romance novel she read. She earned a degree in accounting, giving her some nice skills to earn a little money, but her passion has always been writing. She has written numerous short stories and more than a few full-length novels. Her favorite pastimes when she’s not writing are spending time with her family, traveling, reading, and scrapbooking. She lives in Louisiana with her husband, two children, and one very chubby dog.


THANKS FOR VISITING! BE SURE TO GET YOUR COPY OF THE END!
XO AJ XO
Posted by AJ Nuest at 12:01 AM