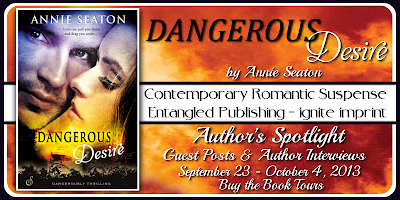 Schoolteacher Gracie James has never seen more danger than her Kindergarten classroom, but when she goes searching for her missing sister, she’s thrown into a world of sex, crime...and passion. Following a hot lead, she sneaks onto a stranger’s boat—and gets caught. Their one-sided conversation convinces her of two things. One: the guy is seriously sexy. Two: he knows something about her sister. Oh, yeah. And did she mention he’s sexy?

And a sizzling attraction…

Jake Alexander, former cop, is staking out a yacht brimming with criminal activity, for an insurance company, when a woman, dressed to kill and totally irresistible, stumbles into his dangerous undercover op. If he hadn’t tackled her, she’d have tottered straight onto the questionable yacht in those ridiculous high heels. Then she’d be dead. Or worse. As much as he’d like to kick her off his boat, he can’t risk her going off on some hare-brained scheme—but he can’t keep her around to muck up his job. Oh, yeah. And did he mention she’s distracting as hell?

Unfortunately, she has a keen mind of her own. And a body any man would die for. Jake’s attempt to keep Gracie safe quickly morphs into a reluctant alliance. And a whole lot more... But Gracie finds herself knee deep in more trouble than she bargained for, with secrets revealed and the criminals coming after her. Unless they find a way to trust each other, they’re finished. Oh, yeah. And did they mention they’re in love?

~ * ~
One of the first rules of writing is ‘write what you know.’ Of course as writers we can set scenes in places we know well. You may have noticed how the Whitsunday Islands keep popping up in my books, but sometimes we write about things which we haven’t experienced.
Back at my last blog post at One Writer’s Perspective I talked about the fear of water and how it can be used as a device for creating suspense. But what about the suspenseful situations that happen in a book which are outside of the realms of our experience?
How did I research those suspenseful scenes in Dangerous Desire?
Research! A writer must research and often it can be one of the best forms of writing procrastination there is. So where do we find the answers to these experiences and settings which our outside of what we know?
Move forward to the second decade of the twenty-first century and the internet is at our fingertips. Oh, what a delight for an author. To be able to research exotic places far away, to be able to verify facts and dates and to look at images of exotic settings.
Stuck for a character’s name? Log on and research names. Stuck for a physical description? Log on and look at the millions of images available to you.
To create worlds and characters which spring up in your imagination.
Is this love of research a trait common to all writers? I’m not sure…
My love of reading and research melded into a highly satisfying career when I left school and studied to be a librarian. During my twenty-year career with books and the written word... I worked in a variety of library settings and honed my research skills.
Then again…to be really true to life you can go out and experience the unknown…but you’ll have to read my next blog post at Talk Supe to see what I did!
All in the name of research...it was...really.
Come along and be thrilled in an Annie Seaton read and enjoy that suspense without getting too scared!  And don’t forget to enter the draw for the matching jewelry and gift card.
~ * ~ 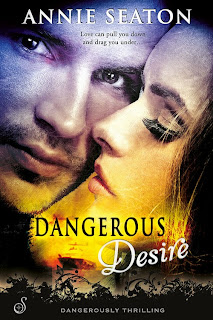 Turning her head slowly, Gracie strained to see her surroundings in the dim light and her gaze fixed on the shadowy shapes of equipment above her. Three cameras and a variety of telescopic lens sat on the shelf near the hatch.

“Oh my God, you’re sitting in here in the dark taking photos of those people? What are you a pervert…or paparazzi or something?” Before he could answer, a glimmer of hope filled her chest and she turned to him. “How long have you been here? Taking photos, I mean.”

He looked at her strangely and an idea flashed into her mind. Before she could think about the consequences, she seized the opportunity. She slid slowly back over the seat toward him, curled her fingers and reached up to his face, lightly brushing the rough stubble on his cheek with the back of her hand. His jaw was set rock hard and he didn’t move. She leaned in closer to him and dropped her voice to a whisper.

“So…you’ve got some photos of the…er…action on the Midas? Maybe we could look at them together?” She opened her mouth a little and ran the tip of her tongue across her top lip. “We might be able to make our own fun here?”

“Why?” he asked. “You think looking at the photos will turn me on?” A look of boredom crossed his face in the dim light. “Sweetheart, I’ve seen it all, but it you want to play, I’m happy to oblige.”

Gracie’s heart lodged in her throat when he lifted his hand and placed it at the side of her neck and she held her breath, waiting for his fingers to circle her throat. He curled his fingers and imitated the way she had caressed his cheek. His touch was warm and he trailed them down her neck and continued until they rested on the swell of her breast above the low cut neckline. “I’ll show you the photos…and then…”

She drew in a quick breath as his eyes narrowed and he slowly lowered his mouth toward hers. Time seemed to stand still as she tipped her head back on the seat and his lips came closer—inch by inch until his warm breath fanned her lips. His hand slid down to her bare thigh and the hair lifted on the back of her neck and her arms. The heat of his touch penetrated her skin and her heart raced with a dizzying mix of fear and excitement.

It was like a game of cat and mouse as though each was teasing the other to see how far the other would go before they pulled back. Slowly his lips touched hers and she opened her mouth as heat flooded her. His fingers crept up her thigh and ripples of pleasure shot through her. Gracie was the first to break—she reached down and grabbed his hand to still it on its journey up her thigh. For a couple more seconds the hardness of his mouth claimed hers until he pulled back and spoke coldly.

“You like to play dangerous games, but this is not a game. Now I want the truth.” 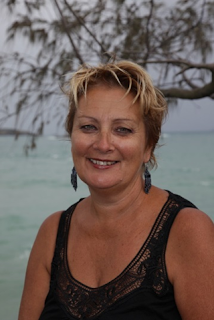 Annie Seaton lives with her husband, and ‘Bob’ the dog and two white cats in a house next to the beach on the east coast of Australia. She sits in her writing chair, gazing at the ocean and writing stories.  Their two children are grown and married and she loves spending time gardening, walking on the beach and spoiling her two grandchildren. She has always been fascinated by all things romantic and has found her niche in life writing romance novels, ranging through contemporary, historical, suspense and paranormal…but all with romance of course.

Her love of reading and history began at an early age and she was a child who always carried a book (or two) no matter what she was doing. Several of her favourite books were confiscated from beneath her desk by teachers who had no understanding of her capacity to read while she was doing her schoolwork!

Her working life has seen her through several major career changes and Annie has now retired from the world of full time work and has fulfilled her lifelong dream of becoming a published author.

Annie’s debut full length novel, Holiday Affair, a contemporary romance set in the South Pacific was released as part of Entangled Publishing’s Indulgence line in March 2012 and has been a best seller on both Amazon, and Barnes and Noble. The sequel Italian Affair was released in June 2013, and will be followed shortly by Outback Affair. Annie has more books being released in 2013 and 2014 with Entangled Publishing in the Bliss, Entangled Ignite and Covet imprints.

In appreciation of the supportive author community, Annie has written a book on promotion to share the secrets of her success: Promotional Tips and Tricks for Aspiring Authors in the Digital Landscape.

Annie is givining away a $25 Amazon or Barnes & Noble Gift Card and Sailboat Necklace with Matching Earrings! Whoo Hoo! 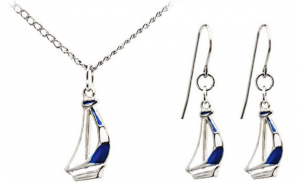 Just follow the Rafflecopter instructions below to enter for your chance to win!
a Rafflecopter giveaway
Posted by AJ Nuest at 12:01 AM

Are you tired of searching for bitcoin faucets?
Double your claiming speed with this new BTC FAUCET ROTATOR.

From my experience the best Bitcoin exchange company is YoBit.