The Keepers: Archer is HERE!

Greetings happy bloggers and welcome to another day with HarperImpulse! Whoo Hoo! I'm pleased as punch to have the talented Rae Rivers visiting today, who brings with her the first installment in her Keepers Series -- The Keepers: Archer.

Hi Rae! I'm so happy you're here at Tattered Pages! To start our interview, tell us how your writing career began.


I was twelve years old and wrote my first book by hand. My mother upgraded me to a typewriter and finally a computer which was like heaven.  My love for story telling blossomed over the years but I only started writing in earnest about three years ago.  Now, it’s as essential to me as breathing … and it’s become my job.  (Don’t think I’ve said that last sentence before!)


LOL It's weird isn't it? But it IS definitely a job. The Keepers falls into the paranormal romance sub-genre, and I'm wondering if moving forward you plan to stick with this same genre or expand to others?


Until The Keepers: Archer, I’d only ever written romantic suspense novels so when a witch came to mind with her story, I was quick to dismiss her.  She was relentless though and once she told me that she came with a trio of sexy muscles, her three Keepers, I was sold!  So for the last year, I’ve had my head wrapped in the witch and her warriors and have had the time of my life!  Once I’ve completed all four books in the series, I’d love to write another romantic suspense novel again.


Hey! You can't go wrong with a trio of sexy muscles! LOL And speaking of which, let's talk heat level for a moment. The paranormal genre can stretch the gambit from sweet to sizzling, depending on the author. What heat level can readers expect in The Keepers: Archer? Is that bedroom door open or closed? And what about your reading preferences? Do you like a little steam with your read?


I love reading and writing scenes with a spicy heat level. (Not a huge fan of erotica though.) And it’s not only about the end bedroom goal but also about the build up to it.  Sizzling chemistry, sexy dialogue, and a little dance between the hero and heroine are essential!


I couldn't agree more! That build up is KEY! Are you still currently working on The Keeper Series or has it been written in it's entirety?


I’ve just completed the next book in The Keeper series which is the Prequel for Archer.  It’s with my editor at the moment and should be released soon.  I’m currently working on the next book, Declan.  He’s the middle brother and he’s sexy, snarky, impulsive, and has loads of personality.  So far, he’s been so much fun to write!


And if sounds like he's going to be a blast to read, as well! Whoot! Okay, so, after finishing a manuscript, do you take some time off or dive right in to the next story?


This depends on deadlines, story ideas, creativity, brain mush, sleep deprivation, and how long it’s been since my family has seen me. J  At this point, with the deadlines being so tight between books and having five books coming out within the next year (four Keeper books and one romantic suspense), there isn’t really time for slacking so I snatch a few free evenings here or there where I steer clear of my computer.  Anything longer than that and my characters start to fuss!  J


I know what you mean. Ignoring those characters makes for lots of voices running rampant through the ol' gray matter. LOL You mentioned that you're married with a family. Does your husband read your work? And, if so, what’s his reaction?


I’ve known my husband for nineteen years (high school sweethearts J) and he’s only read two (yes, two!) books in that entire time so reading my book hasn’t even crossed his mind.  I’m really grateful for this as he would probably raise an eyebrow or laugh at some of the more heated scenes!


LOL! Thank you so much for being here today, Rae! It's been a pleasure having you! And now for a sneak peek inside...
Sienna put a hand on Archer’s arm.  “I’m going to find Warrick and get him to talk to me so we can go home.”
Archer responded by sliding both hands behind her lower back and pulling her tighter against him so that her body was flush against his.  She gasped at the sudden close contact and the intensity of his grip on her and tried to pull back to see his expression.
“Just a minute more,” he whispered in her ear, keeping her in place as they swayed to the music.  Her body shivered in response, his breathy words scattering her thoughts in an instant.
“Careful, Archer, any closer and people will start thinking I’m your woman.”
“You are my woman.”
She’d meant to tease him, to ease the sudden possessive grip he had on her, but when his mouth edged towards hers, the gentle scrape of his lips against her skin and his whispered words ripped a soft shudder through her.
“No.”
“Not yet.  In time, you will be.”
She smiled against him.  “Confident tonight, are you?”
“I call it like I see it.”  His fingers toyed with the seam of her dress at her lower back, and his lips hovered dangerously close to hers.
“You know we can’t.”
“I’m not in the mood to please The Circle right now and besides, some of the best things in life are the things that are forbidden.”
“What are we, Adam and Eve?”
His face softened in a breathtaking grin and in a gentle movement, he released her, twirled her around, and drew her back to cradle her in a possessive hold that enthralled rather than annoyed her.
She longed to throw caution to the wind and kiss him, take what he offered, and lose herself in this gorgeous man.  Screw the consequences.
Instead, she opted for the safe route.  “Stop it, Archer.”
“Scared to admit the truth?”
“No.”
“Liar,” he breathed against her lips before pulling back.
She blinked, trying to ignore the flash of desire that raced through her body and pretend her senses hadn’t just been overrun by pure male sexiness.
Wow.
“I should go,” she said, needing some distance between them.  After all, she was here for a reason and it wasn’t to spend the night in Archer’s arms – on the dance floor or otherwise.
The silent motion of his head agreed with her, but she could see that he was worried.
She didn’t blame him.  Beneath her cool façade, even she was worried.
But she had a plan.  One she wouldn’t share with her Keepers just yet.
And she hoped to hell it worked.
~ * ~ 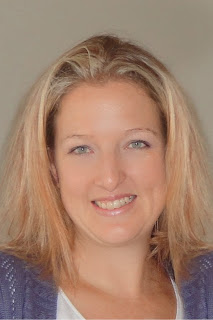 I’m an avid reader and writer with a passion for writing romance novels. I live in Cape Town, South Africa, with my gorgeous husband, two beautiful children and a zoo of house pets. Besides writing, I love family time, the outdoors, travelling, watching TV series, reading and chocolate. For more information about my books, or me, please visit www.raerivers.com
I can also be found here:  Facebook  Goodreads  Pinterest  Twitter: @raerivers1
Here's where The Keepers: Archer can be found on the web:
Amazon UK  Amazon US  Kobo  Nook

Great interview! I loved Archer and I can't wait to read Declan's story.

Ah, thanks, Tracey! Looking forward to sharing Declan's story with you. :) Thanks for stopping by!

I have this all ready to read on my iPad! Can't wait to get stuck in! Lovely interview!

Great interview Rae! Congrats on 5 books in one year. You rock!

I'm a fan of Raes and can't wait for Declan's story, Maybe it's the Irish name ;)

Thank you for all the lovely comments and support!

Rae, this book sounds fab! Good luck with it. I hope to get around to reading it soon myself. Only my TBR pile is growing profusely with every new Harper Impulse author announced lol!