Jane Linfoot tells us How to Win A Guy in 10 Dates!

Hi Jane! I'm so glad you're here at Tattered Pages today. Why don't we start by telling our visitors a little more about you. 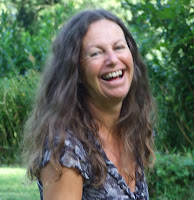 I’m Jane Linfoot, and I write fun, flirty fiction, with feisty heroines and a bit of an edge.

I live in a mountain kingdom in Derbyshire, England, where my family and pets are kind enough to ignore the domestic chaos – happily, we’re in walking distance of a supermarket. For me, writing romance is cool because I get to wear pretty shoes instead of wellies. I love hearts, flowers, happy endings, all things vintage, most things french. When I’m not on facebook, and can’t find an excuse for shopping, I’ll be walking, or gardening. On days when I want to be really scared, I ride a tandem.
You sound like my kind of writer! I love feisty heroines. Tell us how your writing career began.
Back in 2004 a friend asked if I was interested in co-writing a novel. In my day job as a Property Developer I was between houses and had time to spare, so I agreed. We wrote a hen lit novel (chick lit for chicks who've grown up!), Plotting for Beginners, which eventually became a best seller, and that was a great journey. But I'd always really wanted to write romance, so when I next had time that's what I did, but this time flying solo. That makes it sound easy, but it's probably been the hardest thing I've ever done. I was so happy when Harper Impulse offered me a three book contract.


Wow! That's awesome you've got a best seller under your belt. Congrats! Other than Plotting for Beginners, do you stick to one sub-genre or write across lines?
So far I've written Contemporary Romance, but I'd love to try other things too.


With Contemporary Romance comes many heat levels. What can readers expect from your stories? And what about the heat level you prefer to read? Does that bedroom door stay open or closed?
So far I've written hot romance, which is what I usually read. And the bedroom door is definitely open - although my characters often end up in other locations!


Whoo Hoo! Now I know for sure. You are definitely my kind of writer! LOL Of the characters you’ve created, which one is your favorite and why?
Don't know :-)
It's hard to pick sometimes, I know. What about self-publication. Have you ever considered going that route in your career?


Yes. We have the ebook rights for Plotting for Beginners, and recently self-published the ebook version of that. But I must admit I do prefer working with a publisher.
I do too. :-) That being said, what's next? Do you have another project in the works?


My next contemporary romance. Tagline: 27 dresses with bikes!!!
That sounds fabulous! LOL I love that. After finishing a manuscript, do you take some time off or dive right in to the next story?


When I finish a manuscript my treat is to catch up on the reading on my TBR pile, whilst I work on the outline for the next story.
You know, that's a fantastic idea. I think I'm gonna use your example and do just that next time I'm in between projects. Speaking of TBR piles, what’s on your nightstand (or downloaded onto your Kindle) right now?


All the Harper Impulse books, Charlotte Phillips' All Bets Are On, and a couple of Jennifer Probst books.
Whoot! I love the sound of that! LOL What about your significant other? Does he read your work? And, if so, what’s his reaction?

My OH turned out to have a great eye, so I call on him for proof reading. He raised his eyebrows a bit the first time, but now he's used to it. When I used him as a body double, to work out a tricky move, he just laughed.


LOL! That's hilarious! I call my husband the Head of Research and Development. *eyebrow waggle* What's your favorite cocktail?
Tequila sunrise
What about hobbies? Any of those outside of reading and writing? 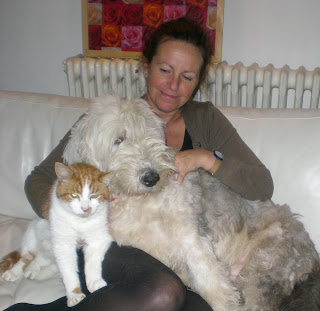 I love being outside – I do lots of dog walking and have a big garden so I do a lot of work in that, although it's still like a jungle! And I love to grow flowers. I enjoy cycling too. I trained as an architect, so I often go wandering round looking at buildings too, and I used to live in France, so I love watching french films. They help to keep my french going.
Wow! You are one busy girl! Do you have any pets?


I have Yoyo, an Old English Sheepdog, (she's my third, I have to have an Old English in my life!) and two cats, Tinkerbell who is seventeen, grey, and very beautiful, and Umberto, who I saw being born in next door's stable. He's orange, and thinks he's a human.
I have one of those cats too! LOL Thank you so much for visiting with us, Jane! And now, for the moment we've all been waiting for, onto the sneak peek inside How to Win A Guy in 10 Dates! 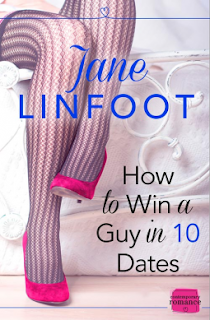 The 10 Date Challenge
Day 1: Take one loaded commitment-phobe explosives expert, embarking on the impossible–a challenge to have ten dates with one woman.
Day 5: Add in a fiercely independent and feisty burlesque teacher who has sworn off men.
Day 10: She’s so not his type and he’s so not in her life-plan. But the heat is sizzling and the attraction is explosive. And they’re fighting it all the way….
~ * ~
‘Anyone home?’
Millie jumped as she heard Ed’s voice reverberate through the house. What the heck was he doing rocking up in the middle of the afternoon, and her in her skimpiest bikini?
‘I knocked, but you obviously didn’t hear, so I let myself in.’
And then he was there, sauntering through from the house, talking to her, but not looking at her face. Eyes all over everywhere else. Devouring.
‘Who finishes work at three thirty?’
Not that she wasn’t completely at ease with her body – she was. Just not at ease with the way her skin sizzled under his scrutiny. She rubbed her nose with the back of a gluey hand, playing for time as she worked out her next move. Diving into the house to grab a vest would be preferable.
But how to get past him? He was leaning languidly across the doorway, all tanned brooding strength, eyes sootier than ever behind those amazing lashes, and uncannily silent. She saw his jaw clench imperceptibly, his broad shoulders shift.
A guy with a habit of getting stuck in doorways. Again.
‘If you’ll excuse me?’ She took one firm step towards him.
He didn’t move. Simply stared. And swallowed.
‘Can I pass please?’ She ignored the banging whack of her heart against her ribs, dragged her eyes away from the unmistakable blue shadow of an erection, forging against the denim of his jeans.
‘Of course.’ His eyes narrowed. Then he went sideways, back still grazing the wall, to make room, and his lips slid into the laziest of smiles. ‘Any time.’
She hauled in a breath, hesitated, hardly trusting herself to pass him so close, hating that her body was betraying her, fizzing with excitement.
She needed to man up. What the heck was happening here? It was only one man, and one doorway she needed to get through. What could be so difficult?
Fixing her eyes firmly on the island unit in the kitchen, she set off.
Easy as. Except just after she’d made it past him, he snagged her. Not hard, not fiercely, hardly at all in fact, just the slightest graze of her forearm, then his fingers gently locking around her wrist.
Enough to make her heart-beat crash to a standstill, as her legs turned to hot syrup.
She stopped, turned a fraction, and the unbearable scent of him knocked her off her guard. As she rolled her eyes to meet his, she registered smoldering heat in their dark chocolate depths.
And the thought that any moment his mouth was going to come crashing down on hers. ‘Millie......?’ His voice was hoarse, gravelly.
Frozen as the goose-bumps raced up her arm, nipples like..... ‘What?’
He let her wrist drop, and he cleared his throat. ‘I brought cakes. Any chance you could make some tea? ’
And then there was nothing, except her hand, limp at her side.
As if she’d imagined it, as if it hadn’t happened at all.
‘Actually I’m just about to go out.’ And then she was in the kitchen, grabbing a t-shirt from a kitchen stool and grappling her way into it.
A gut reaction. There was plenty of time for tea, so why was she pretending there wasn’t? Lashing out because she was disappointed? Or saving herself from looking like a total fool when her over-active imagination made her think he wanted her? Hearing his voice advancing as he came in from the courtyard, she blurted out a hurried excuse.
‘Sorry, I have classes this evening. I need to get ready. I should have said before.’ She shrugged, diffidently. ‘Some other time perhaps?’
‘When are you back?’ His eyes narrowed, more calculating now than smoldering.
Despite the blasts of hot air wafting from the courtyard, she shivered. ‘Nine.’
Suddenly she wasn’t sure she trusted herself to be around him any more. The more infuriating she found him in real life, the more she ached for a piece of him. She hated her body for playing tricks on her. No way could she be interested in any man right now, without de-railing her life-plan. She needed to get a grip on reality, she was a million miles away from ready for another guy. She had her priorities, and more to the point, she had her self-preservation instinct firmly in place. No guy, no matter how much animal magnetism he exuded, would be allowed to distract her and make her drop her guard.
‘Catch you later then!’ He was sauntering towards the door as airily as he had sauntered in. One cheery wave, one disgusting, tummy flipping, laid-back smile, and he was out of her hair. Easy peasy. But something about the set of his jaw made it sound like a threat not a promise.
~ * ~

LOL my OH is head of R&D too!
Great excerpt - I'm looking forward to reading this one :-)

I hope you will follow me, also. My blog:
http://happycolorsandgrannygee.blogspot.com