Helios and The Nine

While working on my latest WIP, a fantasy romance entitled Caedmon's Curse, Book Two of the Golden Key Chronicles, I had to come up with the history behind Caedmon's religious beliefs. I knew who the key players were and how I wanted to the story to be relayed, but since this is my first foray into crafting a god and goddesses, I thought I'd share the story and see what you all think. And because, well, this story makes me happy.

The scene begins with Rowena and Caedmon bedding down for the night near the campfire... 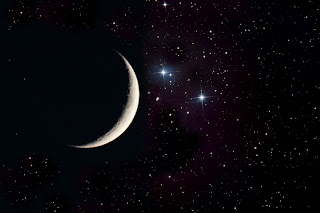 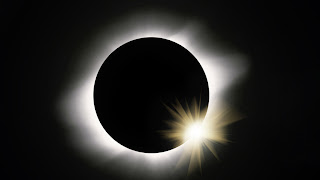 Rowena hitched a breath and held tight. Caedmon offered her that same patience even now. Even when she didn’t deserve it.
“Witnessing the divine proof of their union, the god and goddess rejoiced. Selene eventually made to depart to her throne, though she vowed to return, as she has throughout the ages, so the two can be reunited and all creatures may bask in their love.”
“Oh, Caedmon.” She sniffed and wiped at another bloated tear. “That’s beautiful.”
“Shhh, my love,” he whispered, squeezing her shoulder. “Sleep, now. You are safe. We have finally come home to one another’s arms.”
~ * ~
Posted by AJ Nuest at 7:45 PM

LOL I love it too! Sorry, but I do. It makes me happy. Thanks, Sarah! XOXO

I love this scene more everytime I read it. It's so sigh-worthy.

Awww...thanks, V. You didn't have to come over and read, but I appreciate that you did! Hugs!!

Yup. That was fantastic! I'm amazed by the sheer imagination it must have taken to create that. Love love love!

Thank you, Joanne! I actually gave it a "test drive" on my 10 yr. old daughter. When she gave me a thumbs up, I knew I was green for launch. Thank you so much for reading for me. XOXO

LOL!! I love that LB gave it the thumbs-up approval. I cried, of course. LOVE this story! AJ Nuest = Mistress of Prose!

LOL I can always count on my dear friend Arial for laughing and crying at just the right times! XOXO Love you, babe!

That is beautiful! I bow to your mastery, AJ! *sniffle*

Awww...Calisa, you just made my day. Seriously, that's just too sweet. Thank you, my dear, dear friend. (((hugs)))